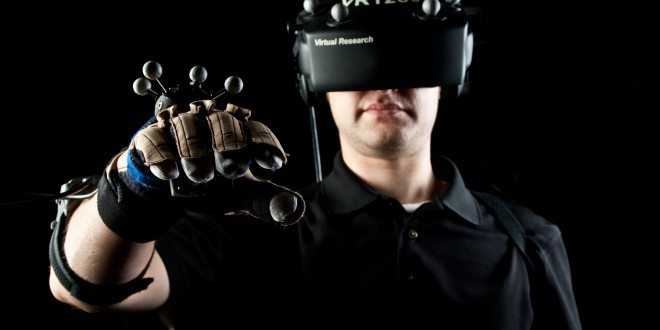 Project Moonlight, as the Galaxy Virtual Reality headset is dubbed, has been in the works for a while now, and many have leaked stories about its specs and app manager, but photos have never surfaced until now. The Verge has acquired a photo of the actual virtual reality headset  that is said to be debuted on September 3 at IFA.

Rumors have been circulating in the past few months about Samsung working with Oculus to develop their own virtual reality headset, but nothing was set in stone until now. Supposedly, the two companies bartered to exchange technology, namely Samsung its upcoming OLED screen technology and Oculus its mobile software development kit. 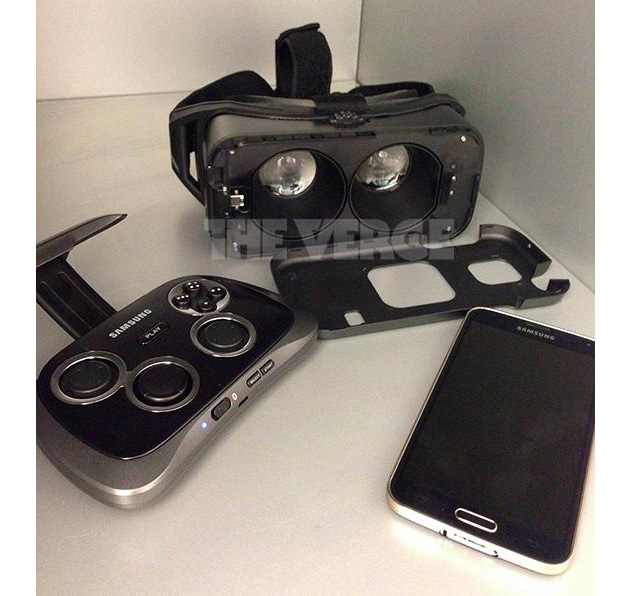 From the leaked photo we learn that the headset will have a docking station for the Galaxy S5, which will provide it with the actual display to be used by the headset and doubles as a video pass-through via its rear camera, allowing the user to glimpse into the real world whilst experiencing virtual reality.

The controller you can see in the photo is the one supplied by Samsung and coupled with the Galaxy S5’s sensors, it will allow the user to immerse themselves in virtual reality, sense depth and distance and interact with ease with the UI. The headset boasts dual lenses, focus dial, microUSB port, motion tracking and a touchpad along the side of the headset, similar to the one on Google Glass. The headset also borrows some design features from Google Cardboard as well, but overall it is a tad more advanced in technology.

Most sources say that the headset is optimized for media at the time, but gaming platforms have been wanting in on the game to develop games for the virtual reality headset. If gaming would be incorporated in the headset, it would prove to be a competitor to Sony’s Project Morpheus which had been announced in March for the PS4. Sadly, we’ve no information about the headset’s price yet, but I’m sure we’ll learn something at IFA.

Samsung might just be the star of IFA Berlin 2014, expected to launch the virtual reality headset, Galaxy Note 4, Gear S Smartwatch and Gear Glass. It remains to be seen whether Samsung will reap some rewards or will it receive criticism, as it has before, for the materials it uses in its technology. Nonetheless, we are excited to see what IFA Berlin will showcase!

My life-long dream has been to test out every gadget on the market! Considering the fact that I've rapidly destroyed almost every gadget I've had so far, I'm not inclined to owning something, so my ideal outcome would be to have a different gadget each month. I'm really into smartphones, wearables and tablets and I love Playstation and Xbox, I'm sure I'll beat you at your own game (after a month of training... or two)
Previous The Last Guardian not coming to the Tokyo Game Show, will we ever see it?
Next GTA 5’s PC and next-gen success is inevitable says publisher Take-Two Interactive