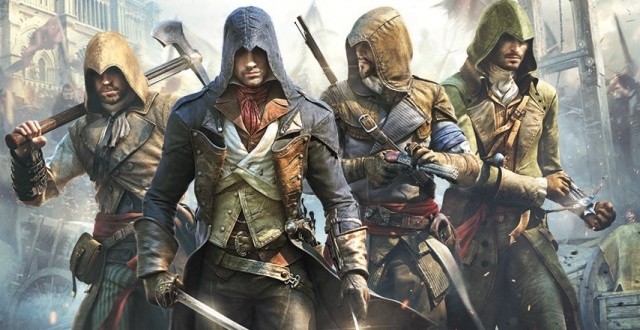 “Assassin’s Creed: Unity” will be a non-linear game

“Assassin’s Creed: Unity” will give players the possibility to choose their approach during missions, ensures Ubisoft Montreal creative director, Alex Amancio during a gameplay demo shown at Gamescom. Every mission starts with a cinematic which points out several clues that can help players plan how to proceed.

If previous Assassin’s Creed games had linear story missions, with objectives that could only be accomplished the way the developer intended, “Unity” offers players the possibility to choose the most suitable approach for them. For instance, one could choose between fighting their way through the enemies or using stealth to accomplish the objectives. In the video, the developer shows a mission that takes place in the Notre Dame Cathedral. There are several methods of getting into the cathedral, either through stealth or by fighting your way in (though Amancio makes it clear that the latter option is going to be more difficult than in previous installments because they’ve made combat more challenging).

Amancio also explains that they have improved the controls, making it easier for players to climb or get down from the buildings. Another change from the last-gen Assassin’s Creed titles is that you can enter almost every building in Paris without any loading between locations.  One more important feature that was added to “Unity” is that, when you kill a target, you won’t see the usual death scene with the dying victim saying his last words to the Assassin. Instead, once you manage to kill an important target, you will see a sequence described by Amancio as “his life flashing before his eyes”. This sequence also contains clues about what will happen next in the game.

The developer also explained the new “murder mysteries” game mode that was teased at E3. Your character will meet a person named Vidocq, who also existed in real life and who is known as the father of modern French criminology. You can take missions from him and investigate several cases, just like a real detective. According to Amancio, you will find dead bodies around Paris and follow several clues, which will be written in a booklet you are carrying. The clues lead to characters that you can interrogate and eventually you can accuse a suspect and send him to jail. The accusation is up to the player, who can either send a guilty or an innocent person to prison. Amancio commented that you will know if you made a mistake because you are supposed to get a reward should you solve the case.

I'm a journalism graduate and an occasional gamer. As a kid I used to own a NES clone called "Terminator 2", which was hugely popular in my country. I like old school games and adventure games but I occasionaly play RPG's and Shooters as well, though I wouldn't call myself an expert at these kinds of games. When I'm not writing or playing games I prefer reading detective or fantasy novels.
Previous GTA Online update 1.16 rumored to arrive this Tuesday
Next Nintendo answers fans’ petition to include Robin Williams in the next Legend of Zelda game