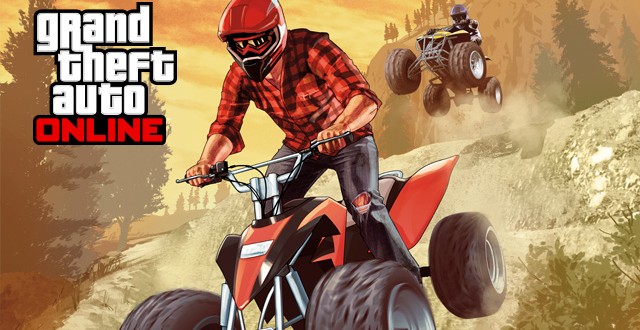 Update: Rockstar announced that the San Andreas Flight School Update will arrive tomorrow, but didn’t mention anything about Heists. However, they did say that more details will be revealed soon so keep your fingers crossed.

According to a well known leaker that goes by the name of DomisLive, GTA Online update 1.16 might be coming out this Tuesday. Domis is infamous for leaking GTA related info ahead of time and is widely considered to be the best source of information around. That being said, this is still just a rumor at the end of the day so take it for what it is. But what’s not just a rumor is the fact that GTA Online is plagued by lots of bugs and glitches at the moment. Some of the most game-breaking ones include the Block Garage Mod and the God Mode glitch. The first one is caused by a mod which apparently causes objects to drop into a player’s garage and renders their vehicles immovable while the second one basically makes you invincible, similar to the God Mode from GTA 5.

Moreover, there have also been many reports of hackers, cheaters and scamers in GTA Online lately. Update 1.16 is said to fix all of these problems along with a host of other bugs and glitches currently found throughout the game. We can’t be certain that the update will land on Tuesday, but it’s very possible given that Rockstar recently said that they are working hard on getting the next update out “ASAP.” However,  they also said something similar about GTA Online Heists DLC, which was supposed to be released by the end of last Spring and is still nowhere to be seen. Rumor has it that the Heists DLC is part of the 1.16 update so let’s hope that Rockstar will indeed release it soon. Meanwhile, here is their official statement regarding the delay:

“We know many fans have been eagerly awaiting the release of the Online Heists that we had planned to release for you this spring, and they are taking more time to create than originally anticipated. We are very sorry for the delay, and are working hard to bring them to you as soon as we can. Please know that we are focused as always on making the best possible content for you to play and we are thankful to all of you for your patience, understanding and support. Stay tuned for more information on that as well as lots of other ongoing content updates, enhancements and additions to the world of GTA Online that are on the way.”

As you might imagine, all these delays have caused people to come up with their own theories about the contents of the DLC. Obviously, the update brings Heists to GTA Online, but it is also said to include casinos, zombies, assassination mode, and CIA missions among others.

I’m Load The Game’s co-founder and community manager, and whenever I’m not answering questions on social media platforms, I spend my time digging up the latest news and rumors and writing them up. That’s not to say I’m all work and no fun, not at all. If my spare time allows it, I like to engage in some good old fashioned online carnage. If it’s an MMO with swords and lots of PvP, I’m most likely in it. Oh, and if you’re looking to pick a fight in Tekken or Mortal Kombat, I’ll be more than happy to assist! Connect with me by email markjudge (@) loadthegame.com only
@@MarkJudgeLTG
Previous Oculus Rift beat Project Morpheus in the Best Hardware category at Gamescom
Next “Assassin’s Creed: Unity” will be a non-linear game