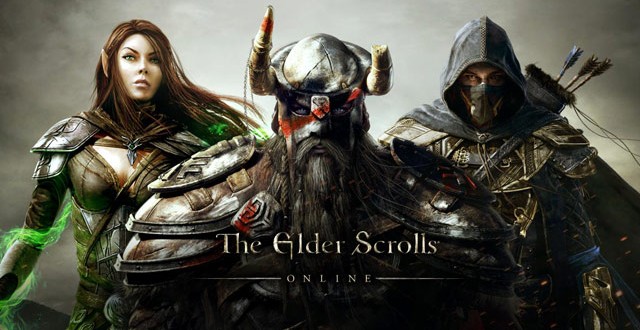 Bethesda announced that the fourth major update to Elder Scrolls Online will arrive next month. Update 4 will extend Craglorn, the game’s first Adventure Zone, which was added earlier this year as part of the first major update to ESO. Upper Craglorn, as it is called, will feature a brand new area for players to explore and a new Trial. Additionally, there is also a new group challenge that goes by the name of Dragonstar Arena as well as new quests and delves. The update’s preview video also suggests that players will be able to learn more about the threat posed by the Celestials, mysterious beings of immense power who only appeared as constellations in the previous Elder Scrolls games. These include: the Mage, the Warrior, the Thief, and the Serpent among others.

“Update 4 is on its way to ESO with tough new challenges,” Bethesda said on the Elder Scrolls Online blog. “The mysterious tale of Craglorn continues as you and your friends explore a new region of the Adventure Zone and take on the new Trial that awaits you there. You’ll also find a new kind of challenge for your group: the Dragonstar Arena is ready to put the toughest heroes to the test. Watch the video now and prepare for new quests, delves, Trials, and much more in Update 4, slated to launch in September.”

I’m sure many Elder Scrolls Online players will be glad to hear that Update 4 adds much more interesting content than the previous one. Update 3 was focused on the guilds so most of the new content was related to that aspect of the game. This new update brings some much needed action-packed quests and challenges and I, for one, can’t wait to play them. We’ll let you know as soon as we know more about the complete list of changes coming to the Elder Scrolls online with Update 4 so stay tuned.

I’m Load The Game’s co-founder and community manager, and whenever I’m not answering questions on social media platforms, I spend my time digging up the latest news and rumors and writing them up. That’s not to say I’m all work and no fun, not at all. If my spare time allows it, I like to engage in some good old fashioned online carnage. If it’s an MMO with swords and lots of PvP, I’m most likely in it. Oh, and if you’re looking to pick a fight in Tekken or Mortal Kombat, I’ll be more than happy to assist! Connect with me by email markjudge (@) loadthegame.com only
@@MarkJudgeLTG
Previous The August XBOX One update starts rolling today
Next Blizzard hints at a possible World of Warcraft sequel

Zenimax and Bethesda have come to a decision to make Elder Scrolls Online free-to-play on PC ...