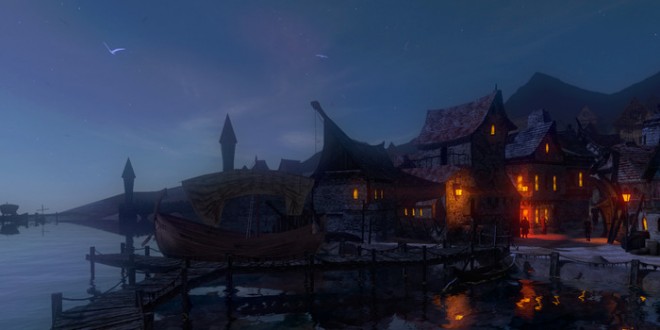 Dreamfall Chapters, the long awaited sequel to “Dreamfall: The Longest Journey” just got a new trailer for the PS4 version. The trailer shows the two main characters whose stories are told in parallel thorought the game: Zoë Castillo and Kian Alvane, both being the protagonists of the critically acclaimed “Dreamfall: The Longest Journey”. Ragnar Tørnquist, the creative director of Red Thread Games, the developer of the game, announced on the Playstation blog that this game will take place in the same worlds as The Longest Journey. One of them is a dystopian version of the Earth and one is a magical realm. The protagonists, Zoe and Kian, have to uncover the secret behind a dreaming disease that threatens to tear reality to pieces. Tornquist promises that the story will be a fundamental part of the game.

The game was crowd-founded through Kickstarter and managed to raise over 1.5 million dollars. Initially, it was only supposed to come out for Windows, OS X and Linux PC’s, but the developer, Red Thread Games, set several stretch goals, including the porting of the game to a next-gen console, notably the Playstation 4. The game will be released in an episodic format, with two parts confirmed so far, one set to come out in November 2014.

The game is being developed on the Unity 4 engine, and, according to the developer, it will feature large 3D environments and it will be a third person adventure game. Dreamfall Chapters will involve exploring environments, solving puzzles and talking to NPC’s. Red Thread Games also states that there will not be any combat in this game. They ensure that, despite the fact that the plot is linear with a set outcome, players will be able to make certain choices that will have long term effects on the story. Also, the developer says there is going to be an online social feature that allows players to see what others chose in those certain situations.

I'm a journalism graduate and an occasional gamer. As a kid I used to own a NES clone called "Terminator 2", which was hugely popular in my country. I like old school games and adventure games but I occasionaly play RPG's and Shooters as well, though I wouldn't call myself an expert at these kinds of games. When I'm not writing or playing games I prefer reading detective or fantasy novels.
Previous Robin Williams will be a badass genie in World of Warcraft: Warlords of Draenor
Next Diablo 3 for PS4 and Xbox One now available