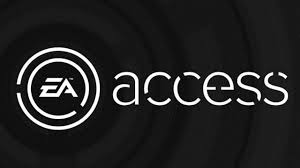 Last week, Electronic Arts launched their subscription program, EA Access, on XBOX One. The program had been around for a month in beta stages, but as of August 11th, it has become available for everyone. The subscription fee to EA Access is $5/month or $30/year. Once you pay this sum of money you will be able to play any game in the so-called “Vault”, as long as your account is acctive. Also, EA Access subscribers receive 10 percent discounts on EA digital games and access to upcoming games five days before their actual release. Currently, the Vault only contains four games: Fifa 14, Madden NFL 25, Peggle 2 and Battlefield 4, but the company plans to add more titles in the future.

While XBOX One accepted and implemented this program, Sony decided that they did not need it on the Playstation 4. Jim Ryan, the PlayStation EU Boss states the company doesn’t have anything against EA Access, but that their offers don’t fit in the framework of what they do. He also adds that Sony is not comfortable with how EA Access sits with their own program, PlayStation Plus. Furthermore, a Sony representative made it clear that they have evaluated EA Access and rejected it on the basis that PlayStation fans are interested in subscription plans that bring a variety of services, not just Electronic Arts games. This is where PlayStation Plus comes in. The Sony program is praised by the company. They state that membership for it has doubled since PS4 was launched.

It remains to be seen if Sony made the right call refusing to allow EA’s program on PlayStation 4. For now, PlayStation Plus does its job and brings them profits. At the same time, EA Access has yet to earn gamers’ confidence. With only four games in the library so far, people are not really that excited to pay for the service, but maybe that will change once EA adds more games to their “Vault”.

I'm a journalism graduate and an occasional gamer. As a kid I used to own a NES clone called "Terminator 2", which was hugely popular in my country. I like old school games and adventure games but I occasionaly play RPG's and Shooters as well, though I wouldn't call myself an expert at these kinds of games. When I'm not writing or playing games I prefer reading detective or fantasy novels.
Previous Forsaken Masters expansion has arrived to Path of Exile
Next Playstation 4 sales are beyond Sony’s expectations