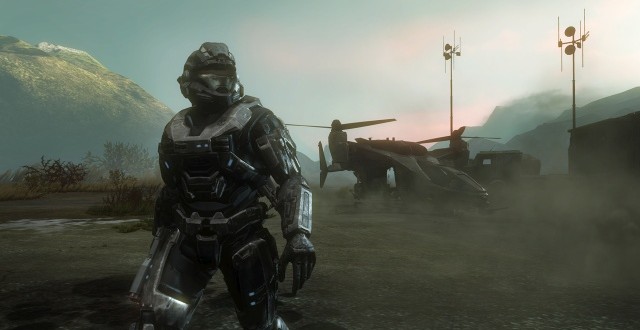 Microsoft announced the free Games with Gold for September

Xbox Live Gold members will be able to enjoy a few more free titles next month as part of the Games with Gold program. Xbox One owners can check out Super Time Force throughout the entire month of September absolutely free. The other XB1 game is Crimson Dragon, which was also available for Gold members during August and can still be played for free as we speak. Xbox 360 owners will also receive access to a couple of free games, the first of which being Monaco: What’s Your’s is Mine. This title can be played for two weeks starting with September 1st and up until September 15th. Then, starting with September 16th Xbox 360 Gold members can pick up Halo: Reach at no cost whatsoever and play it until the end of the month. You can find a description for each of these games below.

Super Time Force: “An action-packed platformer with a time-travelling twist! You’re in control of time itself, bending and stretching it to your advantage on the battlefield. Rewind time and choose when to jump back into the action, teaming-up with your past selves in a unique single-player co-op experience! Take control of up to 16 unique characters, and battle across 6 different time periods, from the long-ago past to the far-away future.”

Crimson Dragon: “Several generations have passed since the human colonists of Planet Draco lost contact with Earth. Now they face the return of an old threat, a colossal destroyer known as the White Phantom. In “Crimson Dragon,” control your dragon and fight off the violent enemy life forms. Teach your dragon new skills, and train it to face combat in harder missions.”

Monaco: What’s Your’s is Mine: “Assemble a crack team of thieves and execute the perfect crime. Sneak, steal, and run for your lives in single player or with up to four friends in local or online co-op. Find out why it won the 2010 IGF Grand Prize and has been described by Rev3Games’ Anthony Carboni as “quite possible the best co-op ever.”

Halo: Reach: “It’s the story of Noble Team, a squad of heroic Spartan soldiers, and their final stand on planet Reach, humanity’s last line of defense between the terrifying Covenant and Earth. This darker story is echoed by grittier visuals amid a backdrop of massive, awe-inspiring environments. Characters, enemies and environments are rendered in amazing detail by an all-new engine designed to deliver epic-scale encounters against the cunning and ruthless Covenant.”

If you want to learn more about the Games with Gold program go ahead and visit this page. You can still play Strike Suit Zero on the Xbox One and Dishonored on the Xbox 360 for free until the end of the month if you’re a Gold member.

I’m Load The Game’s co-founder and community manager, and whenever I’m not answering questions on social media platforms, I spend my time digging up the latest news and rumors and writing them up. That’s not to say I’m all work and no fun, not at all. If my spare time allows it, I like to engage in some good old fashioned online carnage. If it’s an MMO with swords and lots of PvP, I’m most likely in it. Oh, and if you’re looking to pick a fight in Tekken or Mortal Kombat, I’ll be more than happy to assist! Connect with me by email markjudge (@) loadthegame.com only
@@MarkJudgeLTG
Previous State of Decay coming to the Xbox One in Spring 2015
Next Assassin’s Creed Unity delayed, will now release alongside AC Rogue 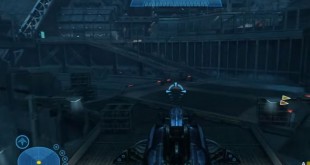 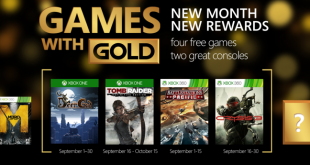 For the month of September, Xbox Live Gold members can get four games, all for ...