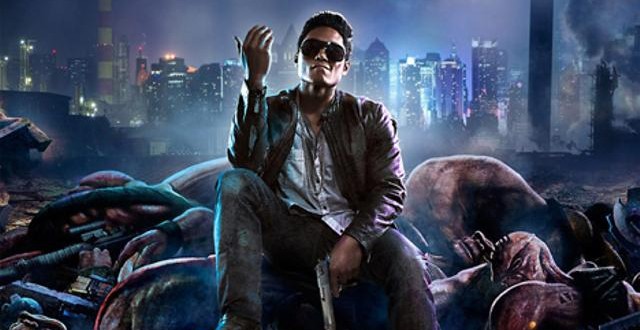 One of the most expected announcements at PAX was made today by Volition. They are going to release a stand-alone expansion pack for Saints Row IV, called “Saints Row: Gat Out of Hell”. The developer also released a trailer to showcase the madness of this new “Saints” experience:

According to the trailer, the plot of the game involves protagonist Johnny Gat and Kinzie getting drawn into Hell through an ouija board. There, the Saints Row heroes will have to battle several kinds of enemies, including demons, and, finally, to defeat Satan and rescue the President of the Universe. In order to succeed in their campaign, players will have a bunch of new weapons available. These include the Arm Chairmaggeddon, the Energy Caster, a Locust Gun and many others. Beside the single player campaign, the game also contains a two-players online co-op mode.

Many fans were probably expecting the announcement of Saints Row 5. This is probably due to the fact that the previous game was released two years after Saints Row The Third. However, starting with Saints 4, the franchise was bought by Deep Silver, following THQ’s bankruptcy. For now, the publisher is giving fans of the series and gaming journalists the silent treatment regarding the next Saints Row. Therefore, all that’s left to do is wait, and, maybe, in the meanwhile, play the Gat Out of Hell expansion and help Gat fulfill his desire to shoot Satan in the face.

I'm a journalism graduate and an occasional gamer. As a kid I used to own a NES clone called "Terminator 2", which was hugely popular in my country. I like old school games and adventure games but I occasionaly play RPG's and Shooters as well, though I wouldn't call myself an expert at these kinds of games. When I'm not writing or playing games I prefer reading detective or fantasy novels.
Previous Assassin’s Creed Unity delayed, will now release alongside AC Rogue
Next Apple sent out invites for the iPhone 6, iWatch and iOS 8 launch event