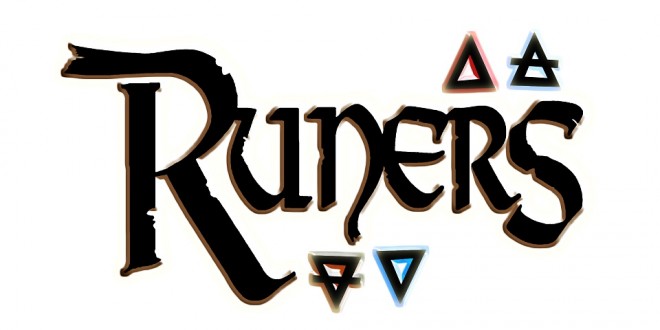 Indie developer LGK Games released their game, “Runers” on Steam today. For its first week, Valve’s platform offers users a 25% discount on the game. Therefore, you can buy it for 5,99 euros instead of 7,99 euros until the 9th of September. Add an extra 1,86 euros and you will also receive the soundtrack.

“Runers” is an independent RPG game, described by the developer as a rogue-like dungeon shooter. The environment is represented by a vast underground labyrinth, where players will face monsters and bosses. True to its title, the game will allow players to collect Runes, which can be used to combine into 285 unique spells. The catch with this game, however, is that, once you die in Runers, your playthrough is finished and you have to start over. From scratch.

Runers is based on three principles: replayability, customization and discovery. The developer states that players will be able to choose the playing style that fits them: long range sniper, mid range run and gun or up close brawler. After earning experience points, players can level up and choose one of four random traits that make their character stronger. The rooms and enemies are randomly generated, therefore every playthrough is different and one can’t encounter everything in the same session. All these features are really cool and the game sounds promising. And very frustrating. Imagine having your character fully leveled up and then dying and having to start over from scratch. We can only hope that there won’t be too many smashed keyboards or computer screens after this.

To sum up Runers, there will be 20 character races and classes, unique Runes that can form up to 285 spells that can be upgraded and 50 traits that can be used to level up. The game has 10 generated floors to fight through, over 15 random bosses and 100 random enemies, numerous challenges and achievements, and 5 different difficulties. One advantage of the game is that it doesn’t have very high system requirements. You can play the game on a computer with a 2.0 GHz Dual Core processor, a graphics card equivalent to or better than Nvidia GeForce 8800, and 2 GB of RAM. Runers works on every version of Windows, starting with XP and it only requires DirectX 9.0c. In conclusion, it’s a cheap indie game with low PC requirements, which promises a lot of fun and frustration. What’s not to like about it?

I'm a journalism graduate and an occasional gamer. As a kid I used to own a NES clone called "Terminator 2", which was hugely popular in my country. I like old school games and adventure games but I occasionaly play RPG's and Shooters as well, though I wouldn't call myself an expert at these kinds of games. When I'm not writing or playing games I prefer reading detective or fantasy novels.
Previous OPPO to launch 4 new devices in Australia, including a selfie-phone
Next Complete spec list for the Sony Xperia Z3 leaked prior to the official IFA unveiling