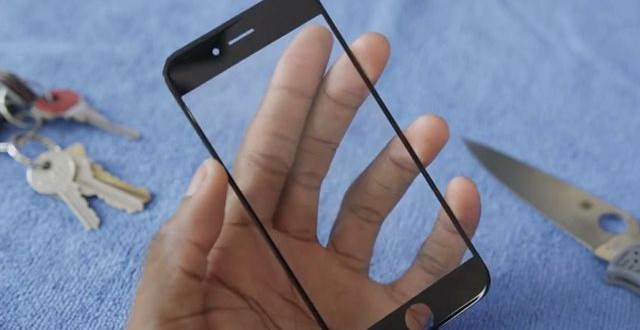 Rumors about the Sapphire display are almost as old as rumors about the iPhone 6 itself. We now know for certain that Apple’s latest flagship is definitely a reality and bound to be announced next week, but what about the display? Well, according to a Piper Jaffray analyst called Gene Munster, the smartphone will indeed feature a sapphire glass screen, but only as a test to see how consumers react to it. Moreover, Munster says only the 64GB iPhone 6 will offer this feature, but we might end up seeing it on all future Apple flagships if consumers have a positive reaction towards it.

“We believe that Apple may upgrade the screen of the 64GB versions of the iPhone 6 to sapphire as an early market test to see consumer feedback for sapphire screen phones with the eventual intention of moving the whole product line to sapphire within 2 years (i.e., iPhone 7),” Munster said. “We believe that the 64GB device could make up 30 percent of units if sapphire were an additional feature based on our prior survey work from the iPhone 5S launch, which suggests that 25 percent of buyers opt for the 64GB capacity.”

The analyst also believes that both the 4.7-inch and 5.5-inch variants will be released next week and include NFC (near-field communications). According to Munster, there’s a 70 percent change that Apple will announce some type of mobile payment system and a partnership to enable NFC use within Apple Stores. Aside from the iPhone 6, Munster also mentioned something about the Cupertino-based company’s upcoming smartwatch. A lot of sources believe that the iWatch will launch on September 9th along the iPhone 6, but Munster is not so sure about this. He claims there is only about a 50/50 chance of Apple doing  that because it may draw people’s attention away from the flagship. However, if the iWatch is not present next week at Apple’s event then it will surely launch in October or November during an upcoming iPad event according to Munster.

“Our rationale is that Apple seems less likely to launch a new product category alongside the phone when it could dilute some of the attention from the core product vs. launching alongside iPads, which are expected to get more modest updates,” the analyst said. “Regardless, we believe that if the watch is not announced at the 9/9 event, it will be announced at an October/November iPad event and be available during the holiday quarter.”

I’m Load The Game’s co-founder and community manager, and whenever I’m not answering questions on social media platforms, I spend my time digging up the latest news and rumors and writing them up. That’s not to say I’m all work and no fun, not at all. If my spare time allows it, I like to engage in some good old fashioned online carnage. If it’s an MMO with swords and lots of PvP, I’m most likely in it. Oh, and if you’re looking to pick a fight in Tekken or Mortal Kombat, I’ll be more than happy to assist! Connect with me by email markjudge (@) loadthegame.com only
@@MarkJudgeLTG
Previous Smartphone-mounted camera from Sony will let you change lenses
Next Call of Duty: Advanced Warfare pre-orders are awarded with a Destiny bonus