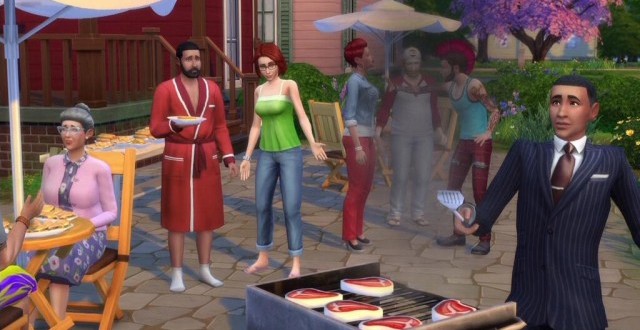 The Sims 4 only launched today, but publisher EA already managed to identify quite a number of bug thanks in part to player complaints. Luckily, the company was quick to react and released a day-one patch aimed at fixing all these issues. One of the most annoying bugs caused the game to enter in a non-responsive state when Sims went on a date with the Grim Reaper. This shouldn’t be a problem anymore following the patch and neither should the bug which prevented Live Mode from loading when Gallery households merged with another household. Moreover, the patch also fixes a couples of issues that were resulting in The Sims 4 crashing. Check out the full patch notes below.

Gallery Issues:
Fixed an issue where the game would become non-responsive when attempting to save a lot to the your library.

I’m Load The Game’s co-founder and community manager, and whenever I’m not answering questions on social media platforms, I spend my time digging up the latest news and rumors and writing them up. That’s not to say I’m all work and no fun, not at all. If my spare time allows it, I like to engage in some good old fashioned online carnage. If it’s an MMO with swords and lots of PvP, I’m most likely in it. Oh, and if you’re looking to pick a fight in Tekken or Mortal Kombat, I’ll be more than happy to assist! Connect with me by email markjudge (@) loadthegame.com only
@@MarkJudgeLTG
Previous Microsoft releases official NFL Xbox One and Windows 8 app
Next Swatch is getting in on the smartwatch market