Breaking News
Home » NEWS » Hyrule Warriors: Limited Edition bundle will be available in the US 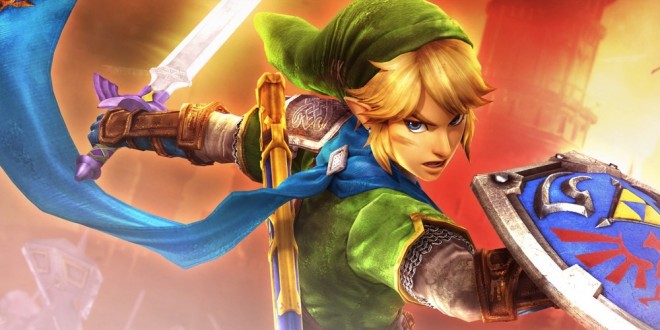 Hyrule Warriors: Limited Edition bundle will be available in the US

Nintendo announced that they will release a Limited Edition version of Hyrule Warriors for the US market. The bundle will only be available at the Nintendo World store in Manhattan, New York, on September 26. It’s available in a very limited quantity and the company doesn’t accept pre-orders because the current demand is already too high.

The Hyrule Warriors bundle contains a Triforce-shaped clock and a Treasure Box that incuded, among others, a replica of Link’s scarf. The limited edition was on sale in Europe and Japan at some point on a wider scale. While the game is already out in Japan, it will only release on Septmeber 19 in Europe and September 26 in North America, exclusively on the WiiU.

Hyrule Warriors is developed by Team Ninja, Omega Force and Nintendo. It is a hack and slash action game, that combines elements from “The Legend of Zelda”and “Dynasty Warriors”. Unlike the other “Zelda”games, Hyrule Warriors has a stronger emphasis on combat. You can use weapons from the previous games in the series, such as swords and bombs and Link’s spin attack. The combat system also mixes elements from Dynasty Warriors. Apart from the fighting parts of the game, you can still obtain items through finding and opening chests. The game also features role playing elements such as weapon and character levelling. Hyrule Warriors will also contan an additional quest, having players collect one hundred Gold Skulltulas in order to unlock illustrations of the game’s characters. The plot revolves around Link, who is a Hylian soldier in training. He has to stop sorceress Cia from resurrecting Ganondorf through reuniting his four soul fragments, sealed in moments from Hyrule’s past. To do this, she opens the Gate of Souls, which creates portals to diferent moments in Hyrule’s history. In this quest, Link will be aided by characters from past Legend of Zelda games, such as Darunia and Ruto from “Ocarina of Time”, Midna and Agitha from “Twilight Princess” and Fi from “Skyward Sword”.

A while ago, fans requested Nintendo to include the recently deceased Robin Williams in the game as an NPC. The japanese company replied to the petition, but in an evasive manner. So far, there is no information to suggest that the beloved actor will cameo in his favorite game franchise.

I'm a journalism graduate and an occasional gamer. As a kid I used to own a NES clone called "Terminator 2", which was hugely popular in my country. I like old school games and adventure games but I occasionaly play RPG's and Shooters as well, though I wouldn't call myself an expert at these kinds of games. When I'm not writing or playing games I prefer reading detective or fantasy novels.
Previous Apple Watch vs. Moto 360 showdown
Next Forza Horizon 2 on the 360 gets first details & screenshot