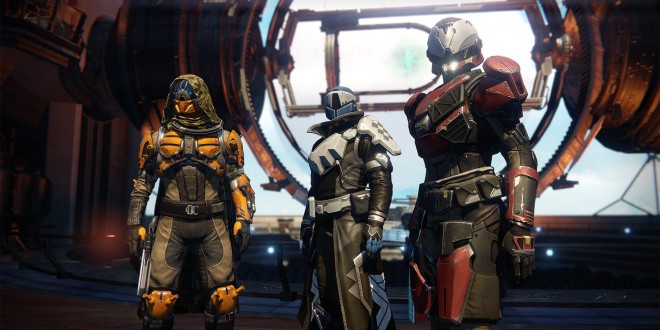 Last week, publisher Activision had revealed that Bungie’s recently-released sci-fi first-person shooter – Destiny – had managed to sell over $500 million worth of copies on its first day alone. Moreover, the game’s launch now represents the most successful one in the history of the United Kingdom. So, going by those numbers alone, one would think that online critics or otherwise are also enjoying the hell out of Destiny, right? Not quite. In fact, the majority of reviewers all agree that, while Destiny is an overall polished game with tight controls and an amazing presentation, its highly-repetitive nature coupled by weak voice-acting and a bare-bones story doesn’t warrant the $60 price-tag. As a result, the most common score you’ll see in a Destiny review floats around the six mark. Does this come as a surprise? For Ready At Dawn co-founder Andrea Pessino, at least, it does.

“For the life of me I cannot understand how anyone could rate @DestinyTheGame a 6, I think anything under 8 for such a game is ludicrous”, tweeted Pessino. The co-founder admitted the fact that Destiny has its fair-share of shortcomings, but the game still deserves something higher than a six, only because of its scope and art. “Not suggesting it has no faults or that a critic has to love it, but come on… 6? It deserves more just on scope+art :)”, continued Pessino.

Destiny is set seven hundred years into the future in a post-apocalyptic setting following a prosperous period of exploration, peace, and technological advancement known as the Golden Age. However, an event simply known as “the Collapse” had brought the end of the Golden Age, and mankind on the brink of extinction. Upon mankind’s first attempt to repopulate and reconstruct after the Collapse, it is discovered that hostile alien races have occupied its former colonies and civilizations, and are now encroaching upon “the City”. Players take-on the role of a “Guardian”, and is tasked with reviving the Traveller, all-while investigating and destroying the alien threats before humanity is completely wiped out. The game is available for purchasing on the PlayStation 4, Xbox One, PlayStation 3, and Xbox 360.

I’m Load The Game’s co-founder and community manager, and whenever I’m not answering questions on social media platforms, I spend my time digging up the latest news and rumors and writing them up. That’s not to say I’m all work and no fun, not at all. If my spare time allows it, I like to engage in some good old fashioned online carnage. If it’s an MMO with swords and lots of PvP, I’m most likely in it. Oh, and if you’re looking to pick a fight in Tekken or Mortal Kombat, I’ll be more than happy to assist! Connect with me by email markjudge (@) loadthegame.com only
@@MarkJudgeLTG
Previous Hearthstone has reached over 20 million active players
Next Ubisoft teases Far Cry 4 elephants