Breaking News
Home » Tech » iPhone 6 Plus only has 1GB of RAM, just like the regular iPhone 6 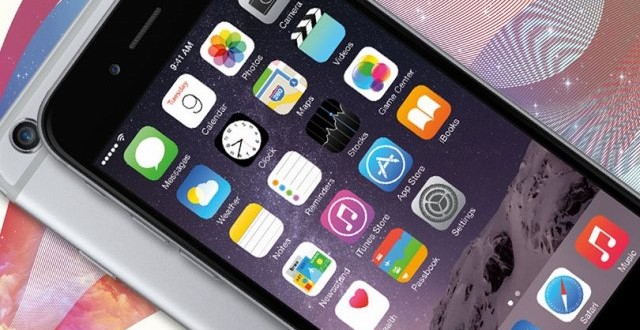 iPhone 6 Plus only has 1GB of RAM, just like the regular iPhone 6

It seems like the iPhone 6 Plus only has 1GB of RAM after all according to early reviews. As you probably already know, the 4.7-inch iPhone 6 also has 1GB of RAM so at first glance it doesn’t seem that strange that the bigger model has the same amount. However, there were plenty of rumors saying that we should see 2GB of RAM on the iPhone 6 Plus and the device was listed as such on more than one tech website. But now that a lucky few managed to get their hands on the highly sought after smartphone it has been confirmed that Apple equipped both handsets with the same amount of RAM. Both devices feature the same Apple A8 processor so it was only natural, but most of us hoped to see more regardless.

In any case, few people will be able to see for themselves at the moment as the iPhone 6 Plus has been delayed. The Apple Store page says that the device will only start shipping in 3-4 weeks as of this writing. Similarly, the 4.7-inch iPhone 6 has also been delayed, albeit not by so much and is expected to ship in 7-10 days. The situation is even worse in certain countries such as China where both smartphones might not make it to the market until 2015. Needless to say, this will be a considerable blow to Apple seeing as how China is the biggest smartphone market in the world at the moment.

As for the whole 1GB of RAM deal, the good news is that iOS doesn’t require a whole lot of memory for most tasks so things should run smoothly even so. The iPhone 6 Plus remains an improvement over its predecessor thanks to the other specs so it’s definitely still worth considering for a purchase, if you can afford it that is. Pricing starts at $750 for the unlocked 16GB version and goes up until $950 for the 128 GB model.

I’m Load The Game’s co-founder and community manager, and whenever I’m not answering questions on social media platforms, I spend my time digging up the latest news and rumors and writing them up. That’s not to say I’m all work and no fun, not at all. If my spare time allows it, I like to engage in some good old fashioned online carnage. If it’s an MMO with swords and lots of PvP, I’m most likely in it. Oh, and if you’re looking to pick a fight in Tekken or Mortal Kombat, I’ll be more than happy to assist! Connect with me by email markjudge (@) loadthegame.com only
@@MarkJudgeLTG
Previous Unity development tools now available for Playstation developers
Next Alien: Isolation survival mode revealed