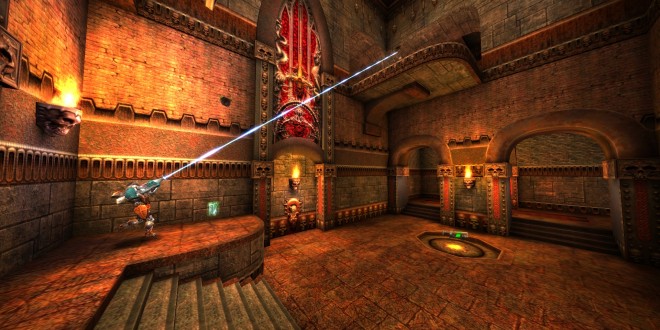 The wait is almost over as Quake Live is now less than 12 hours away from being released on Steam. The game recently underwent some changes in order to make it a bit more friendlier to newcomers and while veterans were not happy with this, new players are likely to welcome these changes. Quake Live is a modified version of id Software’s Quake 3 Arena, which was released back in 1999. The original iteration was widely considered to be one of the best FPS titles at the time and is still praised by many veteran fans of the genre to this day. Quake Live’s migration to Steam is expected to breath new life into this old school shooter and the fact that it’s still free-to-play will definitely help with this endeavor. Below you can check out some of the game modes offered by Quake Live.

Players can subscribe to Quake Live and will receive various rewards and benefits by doing so such as the possibility of creating Clans or Matches. But for the most part this is a free-to-play game and you can definitely enjoy it without paying anything.

I’m Load The Game’s co-founder and community manager, and whenever I’m not answering questions on social media platforms, I spend my time digging up the latest news and rumors and writing them up. That’s not to say I’m all work and no fun, not at all. If my spare time allows it, I like to engage in some good old fashioned online carnage. If it’s an MMO with swords and lots of PvP, I’m most likely in it. Oh, and if you’re looking to pick a fight in Tekken or Mortal Kombat, I’ll be more than happy to assist! Connect with me by email markjudge (@) loadthegame.com only
@@MarkJudgeLTG
Previous 2K delays the next-gen version of WWE 2K15
Next Ubisoft has released a trailer for Far Cry 4’s Arena mode