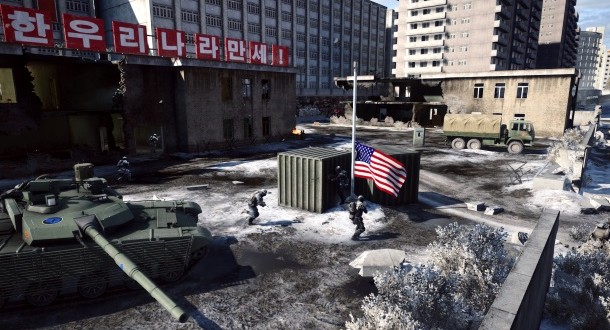 Battlefield 4 Patch out this month

David Sirland, the live producer of Battlefield 4 has announced yesterday, September 19, on the official Battlefield blog that the game will receive an extensive patch at the end of this month. “Our focus for the Fall Patch on the CTE (Community Test Environment) has been to stabilize and finalize the build and this has meant less updates than normal. We’d like to thank you all for your patience during this time – we appreciate you sticking in there,” Sirland said. The final fix list is expected at the time of the release, but some important updates have been already made available on the blog. Allegedly, the patch should be ready for September 30 if everything goes as planned.

Some of the new features and fixes include a new Obliteration Competitive sub-game mode, customizable HUD options, sight improvements – close and medium range reticules no longer suffer from Visual Recoil, modified player movements, revived game mechanics, and more. Another new feature to be introduced is the Teamplay Initiative which will focus on the teamplay aspect of Battlefield 4, aiming to offer a more simplified and improved experience in reaching the assigned objectives. This feature will receive numerous updates due to its complexity. The “Final Stand” release of the patch will include the following:

Battlefield 4 producer, added that this set of features and improvements is a small part of what’s to come. “This small list of features only scratch the surface of what we want to look at. A full list of our goals with this initiative will be published on the CTE this week if you are interested what we’ll be working on in following releases.” Battlefield 4 has been developed by Swedish game studio DICE, and published under Electronic Arts. The game is currently available on PC, last and next-gen consoles. For more information on the subject, visit the official Battlefield blog.

I'm Razvan, a sports and first-person shooter enthusiast. I've always loved writing, even more so when it involves games. When I'm not playing on my PS3 or writing, I like to run exhausting cardio workouts, play soccer, watch a good movie, or read a good book.
Previous Why Halo is not coming to PC
Next Notion Ink launches the Cain: No glamour, simply two-in-one