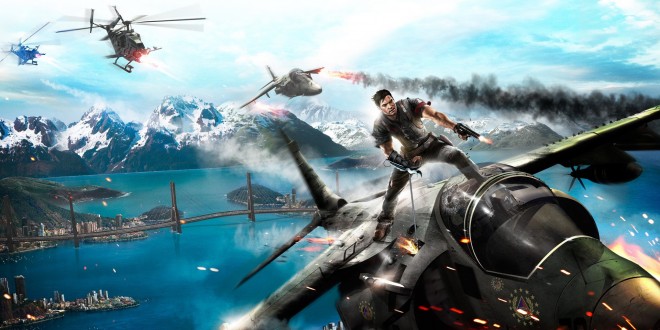 Yet another hint that Just Cause 3 is in development

A former employee of Chinese outsourcing development studio Virtuos has recently revealed that he had worked on Just Cause 3, earlier this year. According to his LinkedIn profile, said employee left the studio in March 2014, but until then, he had been working on titles like Metal Gear Solid 5: Ground Zeroes, Metal Gear Solid 5: The Phantom Pain, and Just Cause 3. For reference, Virtuos is usually hired by many publishers and developers to help them on their respective games. For example, the firm was hired by Square Enix earlier this year for the remastered PlayStation 3 and PlayStation Vita versions of Final Fantasy X/X-2 HD.

Just Cause 3 has yet to be officially announced, though rumours have been flying around the internet for quite a while now. For example, the LinkedIn profile of Avalanche Studios Boss Christofer Sundberg stated last year that he was working on a “unannounced sandbox action game… in a very well-known game series” for publisher Square Enix (which is honestly a dead give-away). Additionally, said description had also mentioned that the “unannounced sandbox” is “scheduled for completion in June 2015 for next generation console platforms”. Earlier this year, Avalanche mentioned “several surprises planned” for 2015, while also adding that next year is “set to be the biggest year since the inception of Avalanche Studios more than a decade ago”.

While the first Just Cause had received mixed reviews, its sequel fared way better, with praise being directed at the game’s open-ended nature, world design, soundtrack, and gameplay mechanics, as well for being an improvement over its predecessor. On the flip-side, criticism was directed at the game’s story and voice acting. Just Cause 2 was also a commercial success, selling over six million copies as of September 2013. Just Cause 2 is available on the PlayStation 3, Xbox 360, and PC, while the first one on the Xbox 360, PlayStation 2, the original Xbox, and PC.

I’m Load The Game’s co-founder and community manager, and whenever I’m not answering questions on social media platforms, I spend my time digging up the latest news and rumors and writing them up. That’s not to say I’m all work and no fun, not at all. If my spare time allows it, I like to engage in some good old fashioned online carnage. If it’s an MMO with swords and lots of PvP, I’m most likely in it. Oh, and if you’re looking to pick a fight in Tekken or Mortal Kombat, I’ll be more than happy to assist! Connect with me by email markjudge (@) loadthegame.com only
@@MarkJudgeLTG
Previous Blizzard officially confirms that the Titan MMORPG is cancelled
Next Motorola Droid Turbo and Moto S photos leak

Playstation has revealed a video compilation of gameplay footage from their upcoming title Mad Max. By way ...