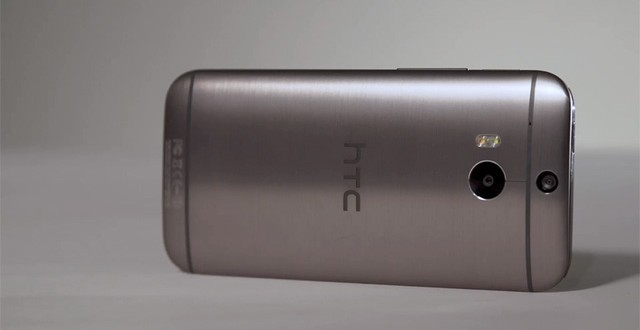 Word on the street is that HTC will launch a new smartphone sometime next month. The upcoming device goes by the name of HTC M8 Eye and looks to be a variation of the company’s popular flagship, the HTC One M8. The only notable difference seems to be the primary shooter, which is a 13MP Duo Camera. However, this new device doesn’t seem to feature the Ultrapixel technology that’s present on the flagship. While the Ultrapixel camera is capable of capturing high quality photos, not everybody was happy with this technology. A lot of people prefer more pixels rather than bigger ones and it looks like HTC finally listened to the consumer feedback. But keep in mind that this is just a rumor for now so take it with a grain of salt until HTC comes out and confirms it.

As seen above, the leaker also mentions that the HTC M8 Eye will run on the Android 4.4.4 KitKat operating system with the Sense 6.0 user interface. Aside from that, the new smartphone should be identical to the flagship, although there are rumors saying that the HTC M8 Eye will also feature a 5.2-inch display, which is bigger than the One’s 5.0-inch panel. The resolution should be the same though, namely 1080 x 1920 pixels. The regular HTC One M8 also comes equipped with a Qualcomm Snapdragon 801 quad-core processor running at 2.3 GHz complete with Adreno 33o GPU and 2 GB of RAM. Other specs include 5 MP secondary camera, 2,600 mAh battery and 16GB/32GB internal storage memory options with microSD support that allows for up to 128 GB of additional storage.

All in all, we should see the very same specs on the HTC M8 Eye as well, save for the camera and possibly the display. The device is expected to be unveiled sometime during mid-October and we should see it in stores by the end of that month.

I’m Load The Game’s co-founder and community manager, and whenever I’m not answering questions on social media platforms, I spend my time digging up the latest news and rumors and writing them up. That’s not to say I’m all work and no fun, not at all. If my spare time allows it, I like to engage in some good old fashioned online carnage. If it’s an MMO with swords and lots of PvP, I’m most likely in it. Oh, and if you’re looking to pick a fight in Tekken or Mortal Kombat, I’ll be more than happy to assist! Connect with me by email markjudge (@) loadthegame.com only
@@MarkJudgeLTG
Previous The Sony Xperia Z3 Compact: a new battery life leader?
Next The Crew Beta progresss won’t carry over to the final game