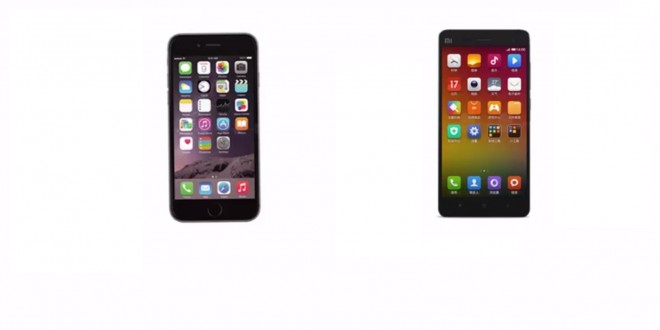 iPhone 6 vs Xiaomi Mi 4 – Apple vs Apple of China

Xiaomi has been dubbed the Apple of China, and with good reason since the company has launched many high-end phones on the Chinese market which have been quite well-regarded all over the world. The iPhone 6 has just been launched by Apple and made record sales on the first day it appeared on shelves. Many people enjoy flagships that can fit and sit well in their hands, and the iPhone 6 and Xiaomi Mi4 fit perfectly into that category. The iPhone 6 release date in China has been set for October 17, after many issues and delays cause by certification by the Chinese government. Nonetheless, citizens of China will soon be able to get their hands on the iPhone 6 straight from Apple. There already are units of the iPhone 6 on the Chinese black market, but people need to be aware that buying those units has its own risks, quite a few actually. Since the iPhone 6 will be officially launched soon, many Chinese residents will be wondering whether the iPhone 6 will be worth the higher price tag or the Xiaomi Mi4 will be the better choice.

The Xiaomi Mi4 was launched in China in August 2014 and many appreciate its design and the MIUI user interface built on top of Android 4.4.3 KitKat. iOS 8 is new to the market as well, with the iPhone 6 being the first unit to run Apple’s new OS. The iOS 8 release wasn’t without problems, with the initial software version filled with bugs, making users unable to run certain apps, HealthKit being one of them. The iPhone 6 was also met with bendgate, the bending issues everybody was talking about, but the problem was mostly reported to occur with iPhone 6 Plus users. By the time the iPhone 6 hits the Chinese market, the hype around bendgate will surely settle. 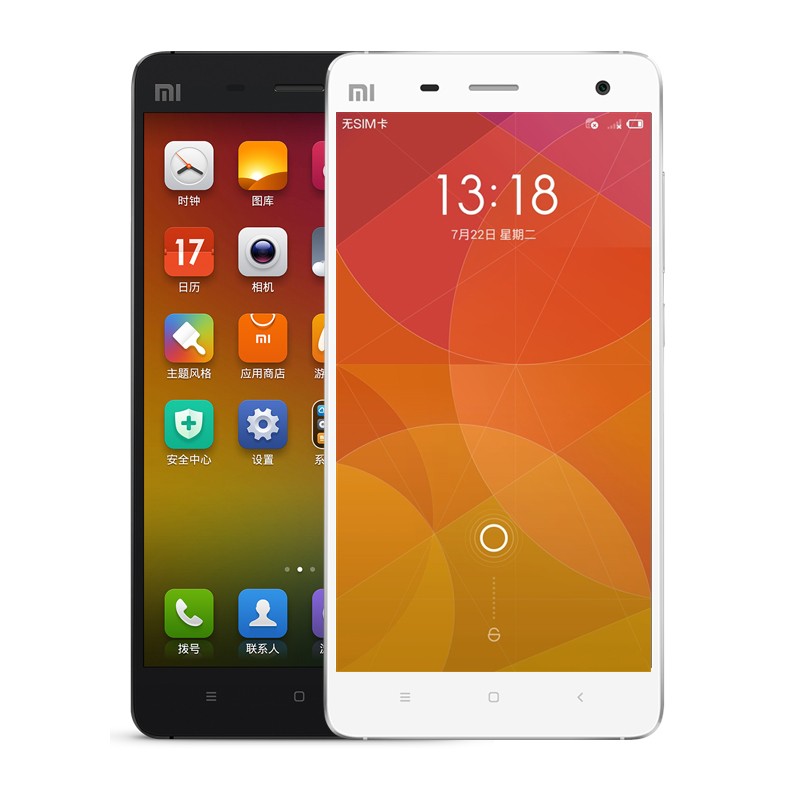 Now the Xiaomi Mi4 is a highly regarded device in China and over the world, because it offers high-end specs and design for a relatively low price compared to other flagships like the Samsung Galaxy S5, Sony Xperia Z2 and Xperia Z3, HTC One M8, Lumia 930 and LG G3. The Xiaomi Mi4 retails for $325 or $400, depending on storage configuration. The iPhone 6 price is a bit higher than that, with the basic model retailing for $650 for the 16 GB version, $750 for the 64 GB version and $850 for the 128 GB version. That’s quite the hefty price to pay for an off-contract smartphone. Many should be wondering whether an iPhone 6 unit is worth all that cash and this comparison between the iPhone 6 and Xiaomi Mi4 should help you choose between Apple and the Apple of China. 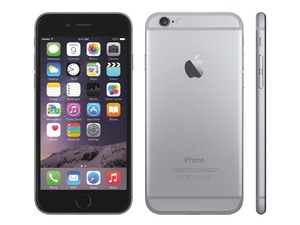 The iPhone 6 features a fingerprint sensor which has been considerably improved compared to the iPhone 5s and also offers Apple Pay, the company’s new mobile payment system that uses the NFC chip on the device. The NFC on the iPhone 6 is currently locked to Apple Pay, but it will eventually open up to developers, just as Touch ID did. There isn’t any NFC on the Mi4, but it does have an IR blaster which is not there on the iPhone 6.  The iPhone 6 runs on Apple’s A8 dual core CPU couple dwith a PowerVR GX6450 quad core GPU, backed by 1 GB RAM. The Xiaomi Mi4 has a quad core Snapdragon 801 CPU with Adreno 330 GPU, backed by 3 GB RAM. Neither phones have a microSD card slot, so you’ll have to make do with the internal storage each device has to offer. Comparing processing power isn’t an easy feat, because both the iPhone 6 and Xiaomi Mi4 sport high-end processors that certainly won’t cause you any trouble. While the Mi4 has more RAM to work with, that doesn’t mean the iPhone 6 will be laggy or slow. I would say it’s a tie in this field between the two. 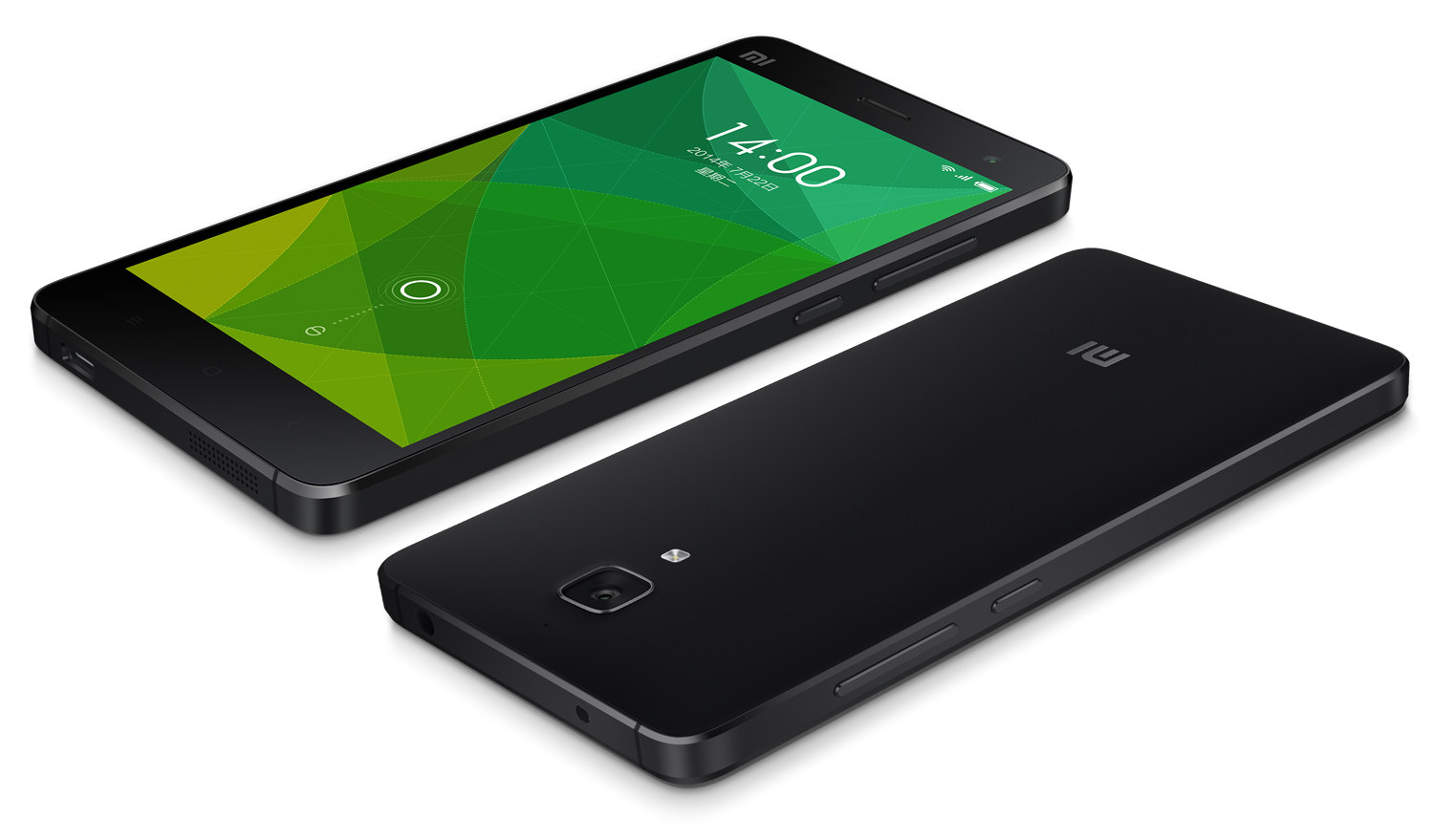 As for cameras, the iPhone 6 has an 8 MP iSight front shooter which performs amazingly well and features dual-LED flash, phase detection autofocus, geo-tagging, HDR, simultaneous HD photo and video capture as well as face and smile detection and panorama. The Mi4 has a 13 MP rear shooter with a dual-LED flash, touch focus, autofocus, panorama, HDR, face and smile detection and geo-tagging. The rear cameras on the two flagships seem to be different, but samples from both suggest that they do well in low-light conditions as well as in normal lighting and offer apps that allow for a lot of customization and features. The front shooter on the Mi4 is superior to the 1.2 MP selfie camera on the iPhone 6 with its 8 MP sensor. If you’re a fan of selfies, the Mi4 should be your ideal smartphone, but if you prefer shooting with your rear camera, either flagship will satisfy all your needs.

The Xiaomi Mi4 sports a pretty byg 3080 mAH battery which will last for up to two days of mixed use, while the iPhone 6 has a 1810 mAH battery that can last just as much thanks to iOS 8 and its great power management features. Overall, the flagships aren’t very different and your choice will have to depend on battery life, camera and your operating system of choice, as well as measurements and weight. I would choose the Xiaomi Mi4 because I do have a flare for Android and I’d rather use MIUI than iOS 8. Which will your choice be?

My life-long dream has been to test out every gadget on the market! Considering the fact that I've rapidly destroyed almost every gadget I've had so far, I'm not inclined to owning something, so my ideal outcome would be to have a different gadget each month. I'm really into smartphones, wearables and tablets and I love Playstation and Xbox, I'm sure I'll beat you at your own game (after a month of training... or two)
Previous Star Citizen makes Guinness World Records book
Next PlanetSide 2 massive update rolling out today