Breaking News
Home » NEWS » The Crew has been delayed, but there’s a “good reason” for that according to Ubisoft 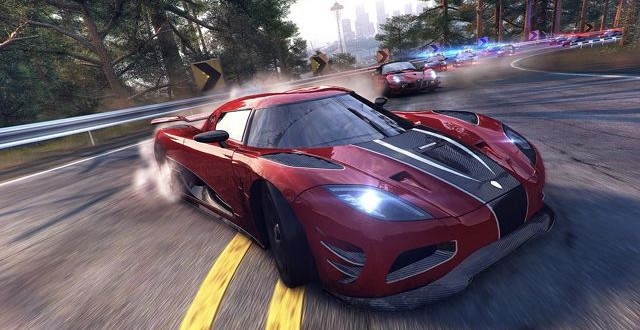 The Crew has been delayed, but there’s a “good reason” for that according to Ubisoft

Lately it seems like every few days a developer announces that one of its games has been delayed. This time around it was Ubisoft’s turn to announce that their upcoming racing MMO, The Crew has been pushed back from its initial November 11th launch date and will only arrive on December 2nd. The company says there’s a good reason for this delay as it will give the developer a bit more time to improve the game based on player feedback. Ubisoft also announced that a second console beta phase for The Crew has been scheduled to take place in November.

“We received a lot of valuable information from the recent PC and console betas,” says Creative Director Julian Gerighty. “We are now scrutinizing all of the player feedback so we can ensure that The Crew delivers the seamless open-world experience that meets everyone’s high expectations. This ongoing process has already resulted in some substantial updates to the game, including everything from the option to fully remove the HUD so players can enjoy the scenery as they roam freely through a massive re-creation of the United States (a highly requested featured, Gerighty tells us), to fine-tuning the collisions to be even more realistic and adding in new visual effects. Other major enhancements include adjustments to the difficulty (for example, tweaking the police A.I.) and better integration of the voice chat – especially helpful when crewing up with other players.”

Gerighty also went on to say that “the three closed betas added in a few additional unplanned side trips, in order to ensure that players have even more of what they crave in The Crew’s massive open-world playground. And the upcoming console closed beta in November gives the development team and the players yet another chance to work together to deliver a truly revolutionary driving experience.” Last month Ubisoft announced that progress from the beta will not carry over to the final game. The Crew will be available on PS3, PS4, Xbox 360, Xbox One and PC.

I’m Load The Game’s co-founder and community manager, and whenever I’m not answering questions on social media platforms, I spend my time digging up the latest news and rumors and writing them up. That’s not to say I’m all work and no fun, not at all. If my spare time allows it, I like to engage in some good old fashioned online carnage. If it’s an MMO with swords and lots of PvP, I’m most likely in it. Oh, and if you’re looking to pick a fight in Tekken or Mortal Kombat, I’ll be more than happy to assist! Connect with me by email markjudge (@) loadthegame.com only
@@MarkJudgeLTG
Previous This War of Mine System Requirements revealed
Next Galaxy A3 and A5 specs and price leak