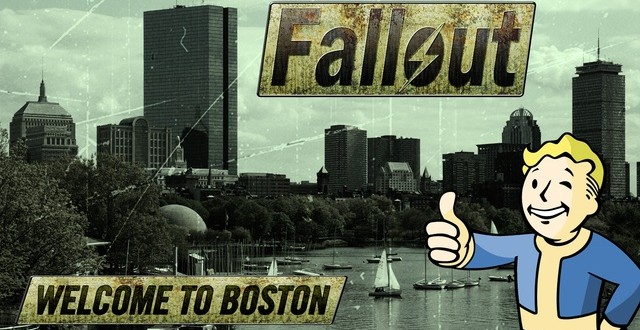 New Fallout 4 details emerge, but can we trust them?

There is certainly no shortage of rumors regarding Fallout 4 these days, but sadly no actual information coming from official sources at the moment. Word on the street is that Bethesda is actually spreading rumors about the game in order to get the hype train going by the time it launches. And when will that be exactly? Well, most reports are claiming either late 2015 or early 2016, but this could be just wild speculation for all we know. There is no solid evidence that Fallout 4 is in development, however a recent leak suggests that Bethesda is in fact working on it as we speak. Moreover, the leaker presumably heard some details concerning the game from the developer and has decided to share them with everyone.

The details were reportedly revealed at the EGX Eurogamer Expo and come from a Reddit user who goes by the name of GNR_Informant. It goes without saying that you should take this with a grain of salt until there is some sort of proof that what he/she said is true. In any case, here’s what the leaker said about Fallout 4: “First and foremost, the game will take place in Boston, and be kind of a direct sequel to Fallout 3 with a few groups returning. From what it sounds like, ‘The Institute’ is pretty much the downtown DC or New Vegas of this game. Boston is going to be unlike anything we’ve seen in a Fallout game before, with buildings more on par with cyberpunk and retro-futurism.”

The leaker mentions that Fallout 4 will be available for PS4, Xbox One and PC, but most of us have already figured that much so that’s not exactly big news. GNR_Informant also says that Androids will play an important role in Fallout 4 and that the Railroad from Fallout 3 is a faction in the upcoming game. So the question is: can we trust these rumors? Probably not, although they don’t seem too far fetched either so who knows. We can at least be certain that the game will be available for next-gen if it truly is in development. The Xbox One and PS4 were launched almost a year ago so most if not all major titles will come out on these platforms from now on.

I’m Load The Game’s co-founder and community manager, and whenever I’m not answering questions on social media platforms, I spend my time digging up the latest news and rumors and writing them up. That’s not to say I’m all work and no fun, not at all. If my spare time allows it, I like to engage in some good old fashioned online carnage. If it’s an MMO with swords and lots of PvP, I’m most likely in it. Oh, and if you’re looking to pick a fight in Tekken or Mortal Kombat, I’ll be more than happy to assist! Connect with me by email markjudge (@) loadthegame.com only
@@MarkJudgeLTG
Previous Fable Legends beta applications are now open
Next Is Android L going to be Licorice?