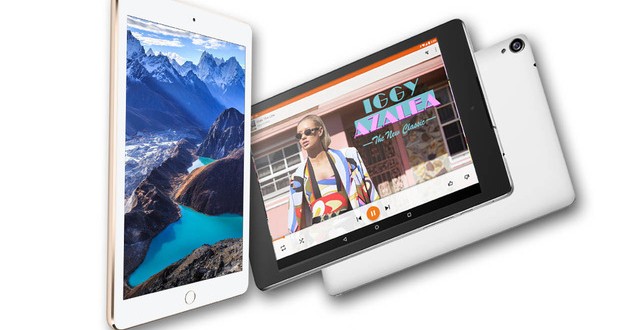 Google and Apple scheduled their respective events not even 24 hours apart, and both of the companies promised innovation and novelty to be introduced at each event. While Google organized the October 15 event with its Nexus line and new Android 5.0 Lollipop OS in mind, the Apple event centered around a new device line-up as well as the official launch of OS X Yosemite and iOS 8.1, the updated version of Apple’s mobile OS. Two highlights of each show were the tablets, with the Nexus 9 impressing Android fans and the iPad Air 2 coming as an anticipated upgrade to the iPad line. We will be dissecting these new arrivals on the tablet market as best as we can before getting our hands on them for a more in-depth review, so that you can get a comprehensive image about each slate and what it will be offering when it arrives on your doorstep.

The iPad Air 2 comes with a revamped design from Apple that is emphasizing lightness and thinness. The iPad Air 2 has now become the thinnest tablet on the market, measuring only 6.1 mm in thickness and one of the lightest you can find out there, weighing less than a pound. The new iPad Air 2 doesn’t have an air gap in the screen, reducing internal reflection as well as allowing for the thin design. The iPad Air 2 will also have an anti-reflective coating, or an anti-glare coating. The device will run on Apple’s A8X 64 bit chipset, a whole new generation created specifically for the iPad Air 2, backed by 2 GB RAM. The slate will also have the M8 coprocessor we’ve already seen in the iPhone 6 and iPhone 6 Plus. The iPad Air 2 has a 9.7 inch display with a 2048*1536 resolution and 264 ppi pixel density.

The HTC Nexus 9, on the other hand, sports an 8.9 inch screen with a 2048*1536 resolution and 281 ppi pixel density. The slate runs on the new quad core Nvidia Tegra K1 CPU clocked at 2.3 GHz, and backed by 2 GB RAM. The Nexus 9 will only be available in two storage configurations, 16 GB and 32 GB. The rear camera on the Nexus 9 is the same 8 MP sensor as on the iPad Air 2, while the front camera is a 1.6 MP sensor. The rear camera on the Nexus 9 features the same [email protected] video recording, as well as all the standard HDR, panorama, autofocus and the like. One of the additional features users will be glad to see on the Nexus 9 is NFC. Nonetheless, one of the most appreciated features on the Nexus 9 will surely be the dual front-facing BoomSound speakers we’ve seen on the HTC One M8.

There are a few details about the iPad Air 2 we don’t know for sure yet, such as the size of the battery, but we can safely say that there hasn’t been much upgrading done on the slate. The Nexus 9, on the other hand, while a bit more pricey than we had expected, brings a fair amount of power and features to the tablet, as well as the brand-new Android 5.0 Lollipop OS. The iPad Air 2 also launched with the updated iOS 8.1, which will supposedly fix all the issues the mobile OS has been having since its launch.

Both these tablets aim for the top of the market, but I think the Nexus 9 seems just a bit superior to the iPad Air 2, that is if you’re not bothered by its thickness. Overall, the Nexus 9 and iPad Air 2 share the same screen resolution, but the HTC Nexus 9 crams more pixels into a smaller space, so it should end up as a crisper, sharper display. On the other hand, the iPad Air 2 does boast with a new anti-reflective coating, which according to Apple, should make it the most legible tablet in bright sunlight. We will have to see that in order to believe it, though. As for speed and processing power, the Nexus 9 and iPad Air 2 both have upgraded CPUs, last gen in their categories, so we expect to see an equal performance from both of them. I am inclined to root for the Tegra K1 CPU, but I think it’s too early to say. Which slate would you choose and why? Does pricing influence your decision?

My life-long dream has been to test out every gadget on the market! Considering the fact that I've rapidly destroyed almost every gadget I've had so far, I'm not inclined to owning something, so my ideal outcome would be to have a different gadget each month. I'm really into smartphones, wearables and tablets and I love Playstation and Xbox, I'm sure I'll beat you at your own game (after a month of training... or two)
Previous Android 5.0 Lollipop vs iOS 8 – upgrades and improvements
Next Nexus 6 vs Sony Xperia Z3 – price, specs and batteries compared