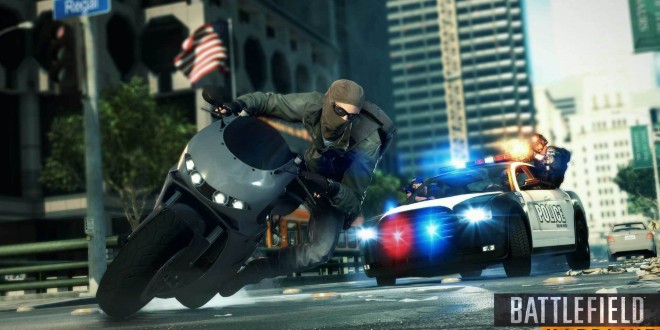 Visceral is changing Battlefield: Hardline based on the beta feedback

Visceral Games is making several changes to Battlefiled: Hardline, after receiving feedback from players who participated in the game’s beta. The same feedback was also the cause of Battlefield: Hardline’s delay to 2015.

Among the changes implemented in the game, cops and criminals will now be able to carry their own, specific weapons. Furthermore, RPG’s and mines will be harder to obtain: both sides will need to find these items before anyone is able to use them. Another new thing introduced in Battlefield: Hardline is that, if you set up your vehicle loadout to have a specific weapon in the trunk and you control it, you will be able to use the item.

Steve Papoutsis, the general manager and executive producer of Battlefield tried to explain why the game was delayed and what are they trying to achieve through these changes. “When we got all this great feedback we realised we’ve got a lot of work here to do if we’re going to act on it. We talked with the exec team at EA and said if we want to do anything with all this feedback we’re going to need more time. Andrew Wilson, the new EA CEO, one of the things that he wants to invest in is listening to players and putting them first. With that being the new vision for the company it made a lot of sense for them to give us more time.”

Other changes to the game include the fact that, just as in the Bad Company series, the impact flinch was reduced so that players can stay in control after being hit. Last, but not least, you can now go to anybody who has a health kit equipped and get healed by pressing the action button.

Battlefield: Hardline is a first person shooter game developed by Visceral Games and EA Digital Illusions CE and published by EA Games. It will be released early next year, on PC, PlayStation 3, PlayStation 4, Xbox 360 and Xbox One.

I'm a journalism graduate and an occasional gamer. As a kid I used to own a NES clone called "Terminator 2", which was hugely popular in my country. I like old school games and adventure games but I occasionaly play RPG's and Shooters as well, though I wouldn't call myself an expert at these kinds of games. When I'm not writing or playing games I prefer reading detective or fantasy novels.
Previous Watch 9 new Far Cry 4 features in this gameplay video
Next Trine series sells over 7 million, releases editing tools for maps