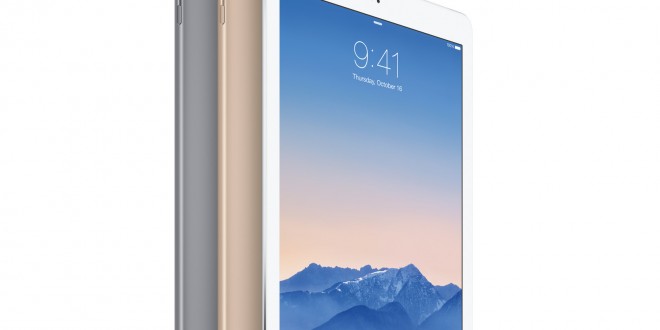 Most owners of the original Apple iPad Air were pretty satisfied with the battery life on the device, lasting for up to 10 hours of mixed use on its 8820 mAH battery. It seems that Apple won’t be getting the same good reviews on the iPad Air 2 battery life, according to recent findings. Upon taking apart the iPad Air 2, the battery is actually smaller than the one its predecessor had, with a 7340 mAH capacity. The iPad Air 2 battery has been sacrificed by the company in order to make the thinnest and lightest 9 inch tablet on the world.

When the iPad Air 2 first surfaced, we were actually wondering what the company had to sacrifice in order to get such a small weight and thin device. While the iPad Air 2 has the new Apple A8X processor running the show, and has shown great performance so far, it seems that Apple chose to downgrade the battery on the slate. Even though the new processor should work well and save energy, it seems that the iPad Air 2 battery life will stille be disappointing, compared to its predecessor. The original iPad Air could last up to 9 hours of on-screen time, which can still be trumped by many Android and Windows tablets out there.

My life-long dream has been to test out every gadget on the market! Considering the fact that I've rapidly destroyed almost every gadget I've had so far, I'm not inclined to owning something, so my ideal outcome would be to have a different gadget each month. I'm really into smartphones, wearables and tablets and I love Playstation and Xbox, I'm sure I'll beat you at your own game (after a month of training... or two)
Previous HTC Sense 7 screenshots leak, Material Design reigns
Next Thinnest smartphone in the world in the works from Vivo