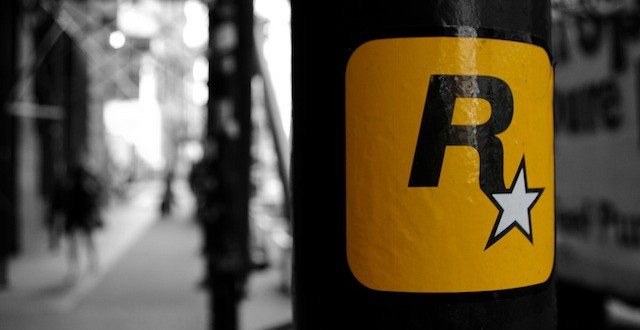 In order to mark Grand Theft Auto: San Andreas’ tenth anniversary, Rockstar Games announced that they are going to give away a customized San Andreas iPad Mini 3 tablet and ten prize packs worth of collectibles from the Rockstar Warehouse.

You can enter the competition through Rockstar’s Facebook app until Wednesday. The iPad Mini 3 they are offering has 128 GB of storage, LTE connectivity and a Touch ID fingerprint sensor, that, according to the developer, features a custom matte black “Vinewood Girl” illustration. The ten runners up also have the chance to win San Andreas prize packs. These include the San Andreas Kubrick Box Set, the iPhone 5 Snap Case, a Basketball, Playing Cards and Poker Chip Set, a Black / White San Andreas Tee and a Bandana and stickers. You can check out the design of the custom iPad Mini 3 in the image below: 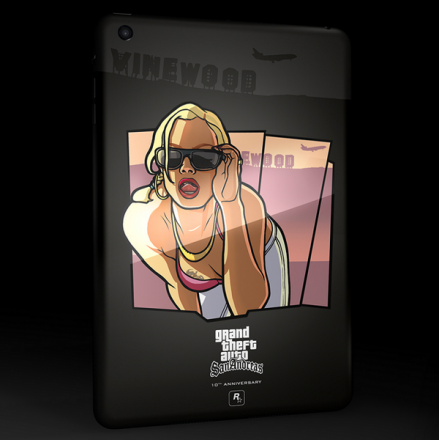 Rockstar mentions that there is no entry fee and no purchase is necessary to enter the competition. In order to apply, you need to have a Facebook account and to be at least 18 on the date of entry. The bad news is, however, that in order to be eligible for these prizes, you need to live in one of these countries: USA, Puerto Rico, Canada (without Quebec for some reason), UK, Austria, Denmark, Finland, Belgium, Germany, The Netherlands, New Zealand, Norway, Switzerland and Ukraine. Of course, it’s bad news for those who don’t live in the listed countries. Before applying for the competition, you should check out the official rules here and make sure that you are eligibile.

In time with its tenth anniversarry, Rockstar Games also released a 720p HD remastered version of GTA San Andreas for Xbox One. Meanwhile, gamers are still waiting for Grand Theft Auto V, the newest addition to the franchise, to come out on PlayStation 4 and Xbox One (November 18, 2014) and on PC (January 27, 2015).

I'm a journalism graduate and an occasional gamer. As a kid I used to own a NES clone called "Terminator 2", which was hugely popular in my country. I like old school games and adventure games but I occasionaly play RPG's and Shooters as well, though I wouldn't call myself an expert at these kinds of games. When I'm not writing or playing games I prefer reading detective or fantasy novels.
Previous Get a guaranteed Evolve Big Alpha code through Curse Voice
Next Handoff for Android through Nextbit