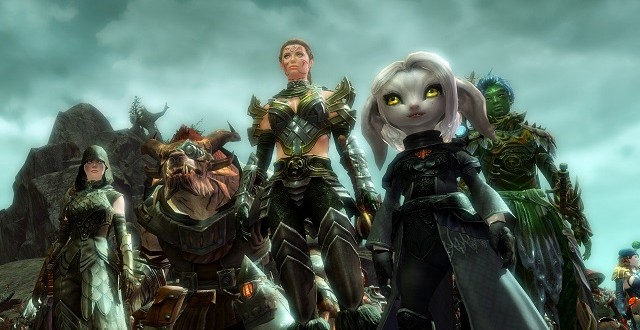 It seems like ArenaNet wants to make Guild Wars 2 a bigger part of eSports by hosting a new series of PvP tournaments. The developer has even partnered with the Electronic Sports League so that it can offer some money to talented gamers who can prove their worth at player vs players combat. The competition is being called the Go4 Guild Wars 2 Cup and is open to everybody in the Europe and America regions. The ESL cup consists of a series of tournaments where PvP teams will fight each other on a weekly basis for a chance to win $500 or €500, depending on the regions they’re in. That’s not all though as once a month there will be a bigger event with a prize pool of $1,500 / €1,500 per region.

“Consistent challenges are absolutely paramount in helping cultivate our competitive players,” said ArenaNet. “Our hope is that these weekly cups will help drive our players forward in terms of skill, strategy, and teamwork. Those who manage to move up the competitive ranks can even set their sights on the ultimate goal of participating in the Guild Wars 2 World Tournament Series!” The Guild Wars 2 World Tournament Series is another eSports event that was announced earlier this year and is hosted by the developer itself. However, the ESL Go4 Guild Wars 2 Cup is the first competition created in partnership with a major eSports league. The weekly cups will take place every Sunday starting with this one on November 2nd at 16:00 CET for Europe and 1 PM PS4 for America.

MMORPGs have traditionally struggled a lot when it comes to the eSports scene, with even Blizzard Entertainment admitting that it has a lot of work to do before World of Warcraft will be enjoyable to watch. Perhaps Guild Wars 2 can finally change all that and give us a great viewing experience from home. We’ll just have to wait and see.

I’m Load The Game’s co-founder and community manager, and whenever I’m not answering questions on social media platforms, I spend my time digging up the latest news and rumors and writing them up. That’s not to say I’m all work and no fun, not at all. If my spare time allows it, I like to engage in some good old fashioned online carnage. If it’s an MMO with swords and lots of PvP, I’m most likely in it. Oh, and if you’re looking to pick a fight in Tekken or Mortal Kombat, I’ll be more than happy to assist! Connect with me by email markjudge (@) loadthegame.com only
@@MarkJudgeLTG
Previous Latest Hearthstone patch introduces four new card backs
Next Roccat launches new eSports oriented mechanical keyboard called Ryos TKL Pro