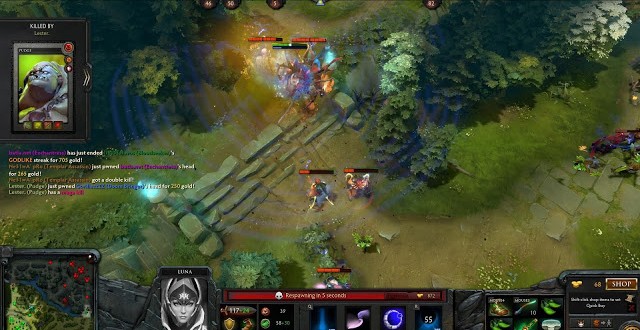 Dota 2 is now being studied in schools

There are now millions of people around the world who play Valve’s highly successful Massive Online Battle Arena, Dota 2. Although most of them play just for fun, there are also some who play it competitively and actually make a living from this game. A large portion of these players live in China, a country that has been at the forefront of competitive gaming for a very long time. Now it looks like the Chinese people are ready to take it to the next level by making Dota 2 a subject of study in schools. The Chongqing Energy College is one of the first schools that offers courses aimed at teaching students about the game and also about the recent development of eSports.

The course entitled “Recent Development of Electronic Sports and Analysis of Dota” definitely sounds like fun, but there’s a bigger goal here than simply learning more about the game. Many of us already know that games can improve your coordination and reaction speed, among other things, and it seems like more and more people are also starting to realize this. The true purpose of the course is to take what you learn from Dota 2 and apply those skills in the real world. Many gamers are already doing this individually but until now there have been few attempts at teaching groups of people how to do it. Dota 2 is a particularly good subject of study given that it’s a team game that can’t really be won without cooperation and coordination.

Students who attend this course will likely be much more efficient when working with others on various team projects. Although the weekly Dota 2 course is limited to just 90 students, more than 200 are reportedly flocking every week to attend it. Needless to say, this project has already become very successful despite the fact that it hasn’t been around for long and the idea itself is probably still very odd for a lot of people. I mean, gaming courses are not a common occurrence in schools, but perhaps they should be.

I’m Load The Game’s co-founder and community manager, and whenever I’m not answering questions on social media platforms, I spend my time digging up the latest news and rumors and writing them up. That’s not to say I’m all work and no fun, not at all. If my spare time allows it, I like to engage in some good old fashioned online carnage. If it’s an MMO with swords and lots of PvP, I’m most likely in it. Oh, and if you’re looking to pick a fight in Tekken or Mortal Kombat, I’ll be more than happy to assist! Connect with me by email markjudge (@) loadthegame.com only
@@MarkJudgeLTG
Previous New Far Cry 4 leak reveals the map of Kyrat and in-game animal species
Next Samsung making 6 inch 4K display for the Note 5