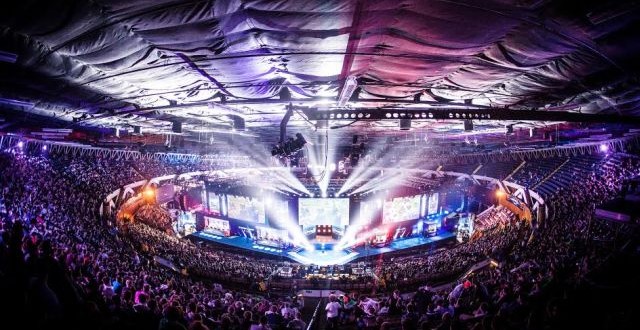 ROCCAT is well known in the world of competitive gaming as one of the most popular providers of quality peripherals. It is for this very reason that Intel Extreme Masters announced a partnership with the company and signed it up as a major sponsor for the remaining of the Season 9 eSports tournament series. This includes four main events that will be held in California, Taiwan, Germany, and Poland. These events will feature tournaments for two of the most popular eSports games around – League of Legends and Starcraft 2. ROCCAT has its very own LoL team to represent them at Intel Extreme Masters and they also have one of the best Starcraft 2 players around on board in the form of HyuN. Needless to say, all the players under their banner will use ROCCAT peripherals during the competitions.

“Our dedication to the eSports community is well-established, with our own Team ROCCAT League of Legends team, and WCS America StarCraft II champion HyuN representing us proudly,” said ROCCAT CEO René Korte in a press release. “We are heavily invested in the success of the eSporting ecosystem, and are extremely proud to join one of its most lauded representatives in Intel Extreme Masters for these exciting events. We can’t wait to show up in Northern California to be a part of the madness.” Michal Blicharz, Managing Director Pro Gaming ESL seems just as excited to have them on board based on his statement. “We are happy to welcome ROCCAT as another member of the Intel® Extreme Masters family,” he said. “ROCCAT is a partner that is committed to esports and will help us make our season even better.”

ROCCAT will show up at the events with a variety of mice and keyboards that will be available in all public gaming areas. Gamers will even be able to get their hands on the brand new Tyon gaming mouse and Ryos TKL Pro keyboard, both of which have been specifically designed with eSports competitions in mind. The first Intel Extreme Masters tournament kicks off on December 6 in San Jose, California, with the final event to take place on March 12, 2015 in Katowice, Poland.

I’m Load The Game’s co-founder and community manager, and whenever I’m not answering questions on social media platforms, I spend my time digging up the latest news and rumors and writing them up. That’s not to say I’m all work and no fun, not at all. If my spare time allows it, I like to engage in some good old fashioned online carnage. If it’s an MMO with swords and lots of PvP, I’m most likely in it. Oh, and if you’re looking to pick a fight in Tekken or Mortal Kombat, I’ll be more than happy to assist! Connect with me by email markjudge (@) loadthegame.com only
@@MarkJudgeLTG
Previous Assassin’s Creed Unity too Ambitious?
Next Assassin’s Creed Unity suffers from serious performance issues, incredibly low frame rates reported