Breaking News
Home » LTG Slider » Mass Effect 4 will not be coming to last-gen, release date likely set for Q1 2016 according to insider 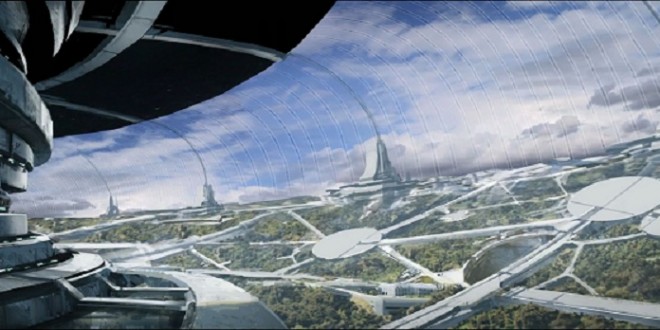 Mass Effect 4 will not be coming to last-gen, release date likely set for Q1 2016 according to insider

Bioware has been teasing us for the last couple of years with bits and pieces of info regarding the next title in the Mass Effect series. The tentatively named Mass Effect 4 still seems to be in the early stages of development based on the concept art images and small glimpses of footage presented earlier this month at N7 Day. However, this is far from being the case according to a well known leaker and industry insider that goes by the name of Shinobi. During a discussion on NeoGAF, he explained that developers have to adhere to “strict marketing schedules”, which is way Bioware is only showing very little at the moment even though Mass Effect 4 is at least half-way through development as of earlier this year.

Shinobi also speculates that a release date for the game is likely set for Q1 2016 and that marketing should kick into gear in a matter of months, which means that we should get some new major details from the developer soon. Bioware stated back at E3 that Mass Effect 4 is still “years away” from launch, so that release date could be a little optimistic according to some NeoGAF users. However, Shinobi says that “Well, they began working on it since 2012. A lot of things are helping speed development along: mature Frostbite toolchain, technical experience from DICE, DAI team etc.” Others, on the other hand, are saying that Bioware doesn’t need four years to make an ME and that a holiday 2015 release date for Mass Effect 4 seems more likely.

The industry insider explains that Bioware is taking a bit longer with this installment because it’s going to be bigger than the others. He also mentions that Mass Effect 4 is not being developed for last-gen consoles, which means that the company doesn’t need to take hardware restrictions into account. Moreover, “they’re also creating a completely new story, new gameplay mechanics, etc instead of continuing with a sequel ala the prior trilogy”, according to Shinobi. Elsewhere, he revealed that Mass Effect 4 is not being developed by the team that made the trilogy. Those developers are apparently working on a brand new IP that hasn’t been announced just yet.

The discussions on the Mass Effect 4 NeoGAF thread are still ongoing, so perhaps some more info will be unveiled in the future, but for now those were the highlights. While Shinobi is generally considered to be a reliable source of information, it would be wise to take this with a grain of salt for now. Even if his info is accurate, a lot of things can change in the meantime, so just keep that in mind. Unfortunately it’s unlikely that we’re going to hear any more official Mass Effect 4 details this year as Bioware wants Dragon Age Inquisition to be in the spotlight for at least a couple of months.

I’m Load The Game’s co-founder and community manager, and whenever I’m not answering questions on social media platforms, I spend my time digging up the latest news and rumors and writing them up. That’s not to say I’m all work and no fun, not at all. If my spare time allows it, I like to engage in some good old fashioned online carnage. If it’s an MMO with swords and lots of PvP, I’m most likely in it. Oh, and if you’re looking to pick a fight in Tekken or Mortal Kombat, I’ll be more than happy to assist! Connect with me by email markjudge (@) loadthegame.com only
@@MarkJudgeLTG
Previous Destiny gets massive update before the launch of The Dark Below
Next Nokia launches its N1 tablet with Lollipop