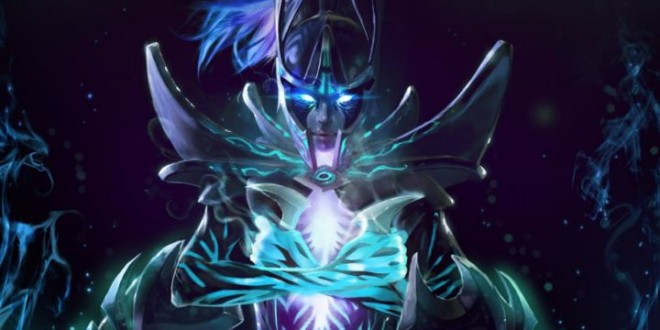 Valve announced back in September that they were working on a number of major updates for Dota 2, with some of them scheduled to hit the game later this year. The first such update goes by the name of “Foreseer’s Contract” and comes with a lot of brand new content including a new hero and a new Arcana item. Valve teased us with this update last week when they revealed that Oracle will be the next hero to join the game’s already huge roster. Now the company has finally stopped teasing and released the full patch notes for the Foreseer’s Contract update. It turns out that a lot more content than just a new hero will be coming to Dota 2 very soon.

First off, Valve confirmed our suspicions related to a possible Arcana item for Phantom Assassin. The item is indeed coming and you can already pre-order it from here. Entitled “Manifold Paradox”, PA’s Arcana adds a lot of new features to the hero such as custom effects, animations, icons, new voice, and even a pair of evolving weapons. Elsewhere, Valve revealed the contents of the new Treasure of the Defender’s Vision. This new treasure chest will be made available as soon as the patch hits Dota 2 and contains new sets for Centaur Warrunner, Clockwerk, Timbersaw, Venomancer, and Necrophos. Next off, we’ll get to play around with something called Charm of the Defender’s Vision when the new update kicks in. At the beginning of an All Pick match you can predict whether or not your team will win with this item and if you predict correctly three times, the charm will transform into the new Dota 2 treasure chest.

Sets and items aside, the Foreseer’s Contract update also brings with it new creep models for the first time ever since the game was launched. Very soon both the Dire and Radiant creeps will  take on “architectural characteristics of their Ancient’s fortifications.” Finally, this update also brings a little something for those who have purchased the Dota 2 TI4 Compendium earlier this year. Compendium users will get to decorate their bases with Heroic Effigies, statues of their favorite heroes that can be customized in various ways. Also, the Dormant Compendium Gems will awake in the new update and transform into new types of gems that players can slot into their items in order to show off their Compendium level. Valve didn’t say when Dota 2 will receive the Foreseer’s Contract update but I expect that we might see it as soon as this week.

I’m Load The Game’s co-founder and community manager, and whenever I’m not answering questions on social media platforms, I spend my time digging up the latest news and rumors and writing them up. That’s not to say I’m all work and no fun, not at all. If my spare time allows it, I like to engage in some good old fashioned online carnage. If it’s an MMO with swords and lots of PvP, I’m most likely in it. Oh, and if you’re looking to pick a fight in Tekken or Mortal Kombat, I’ll be more than happy to assist! Connect with me by email markjudge (@) loadthegame.com only
@@MarkJudgeLTG
Previous Battlefield 4 Final Stand gets official gameplay trailer
Next Xbox and Playstation Collaboration