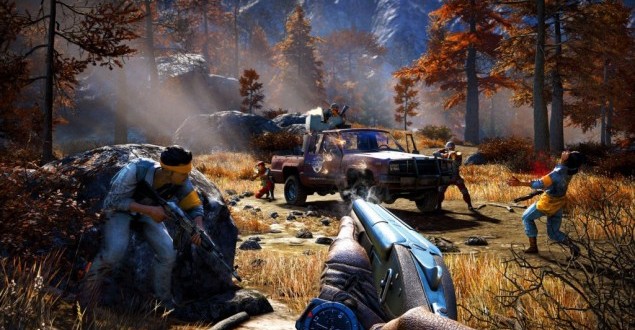 Ubisoft and BioWare have just launched their highly anticipated titles, Far Cry 4, respectively Dragon Age Inquisition, and the two graphics giants Nvidia and AMD have been hard at work to make sure they will be on schedule with the new drivers for these two high-end games. The updated software has already been set in place and is aiming to ensure the best visual performance possible for both AMD and Nvidia users. AMD came out with their Catalyst 14.11.2 beta driver, which is expected to enable enhanced performance in Far Cry 4 and Dragon Age Inquisition, while Ubisoft’s shooter is expected to get a 50 percent bump in performance which applies in single GPU scenarios with Anti-Aliasing enabled.

Dragon Age Inquisition will enjoy Crossfire support and a 5 percent performance increase under the same circumstances. Unfortunately, Far Cry 4 is currently experiencing some issues with the Crossfire feature: “The AMD Crossfire profile for Far Cry 4 is currently disabled in this driver while AMD works with Ubisoft to investigate an issue where AMD Crossfire configurations are not performing as intended. An update is expected on this issue in the near future through an updated game patch or an AMD driver posting.”

Turning over to Nvidia, they released their 344.75 driver update, which comes with Microsoft’s WHQL certification. This new driver introduces optimizations to Far Cry 4, Dragon Age Inquisition and World of Warcraft: Warlords of Draenor. A series of other titles are supported as well, including The Crew, Assassin’s Creed Unity, Black Flag, Battlefield 4, Civilization: Beyond Earth, and many more. The driver will also provide support for Multi-Frame Sampled Anti-Aliasing mode on Nvidia’s Maxwell cards, the GTX 970 and GTX 980. So far, there are no specific details regarding the performance impact Nvidia’s driver will have on Far Cry 4 and Dragon Age Inquisition, all we know is that SLI support is available for Far Cry 4.

I'm Razvan, a sports and first-person shooter enthusiast. I've always loved writing, even more so when it involves games. When I'm not playing on my PS3 or writing, I like to run exhausting cardio workouts, play soccer, watch a good movie, or read a good book.
Previous Crunchyroll App on Xbox One Now
Next PlayStation Store Update 11/18/14