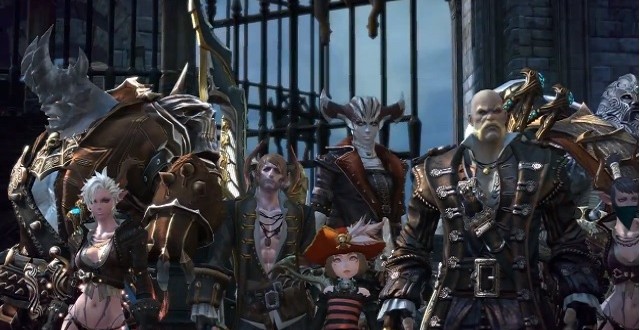 Although there are literally hundreds of free MMORPGs to choose from, it’s pretty hard to find one that’s actually worth playing for more than a few days. This is exactly why we took the time to search all over the place with the aim of finding ten great titles that you can play right now for free. As it’s usually the case with games in this genre, you can buy various items with real money in order to make things a little more easier. In fact, some of these titles are built in such a way that they encourage you to open up your wallet a bit, but don’t worry because it’s entirely optional and you can play them for free indefinitely if you want to. With that being said, below you can find our list of top 10 free to play MMORPGs.

Aion was a pretty big deal back in the day thanks to its visuals and art style. This Korean MMORPG has aged pretty well but is no longer unique due to the host of other similar looking games that came out since then. Still, there’s a lot of great content here and grinding will only became an issue towards the later stages of the game. Moreover, Aion: Ascension is a “truly free” MMORPG, which means that you have unrestricted access to everything, including all classes, items, areas etc. Unfortunately there are no races here, so you’ll have to play as either a male or a female human. On the bright side, there are six classes to choose from and at level 10 you will get to choose from two specialized subclasses. The only exception is the Muse class, which can only ascend to Songweaver.

I’ll begin by saying that if you’re a die hard Star Trek fan you might wanna stay away from this free to play MMORPG as it doesn’t exactly do justice to the epic sci-fi franchise. In this game you start right off the bat as a captain and you get your very own starship to explore the final frontier with. While the land combat and quests may seem a little generic and uninspired, the space combat really makes this game shine. In fact, it’s well worth giving Star Trek Online a shot just so you can experience this feature. What’s more, there are also a lot of customization options here and you have plenty of iconic races to choose from, such as the Klingon, Borg,or Vulcan. Alternatively, you can just go ahead and customize your own unique species.

The only shooter on this list, Warframe wasn’t a particularly impressive game when it launched last year. But now, after loads of bugfixes and several content updates it’s starting to become a pretty good and increasingly popular free to play MMORPG. There are no classes in the traditional sense of the word here and instead you’ll get to choose between various suits of hi-tech armor called Warframes that come with unique abilities and benefits. In Warframe you basically play as a space ninja that also has guns, spells, pets, and more. This game has the ability to offer hundreds of hours of entertainment and its business model is pretty fair all things considered. Aside from the fact that it can get repetitive after a while, this game doesn’t have a whole lot of other drawbacks.

Yet another free to play MMORPG based on a very popular franchise, Lord of the Rings Online is still going relatively strong despite being more than seven years old already. Unlike Star Trek Online, this game does do the franchise justice and during your travels you will come across familiar places and characters that you already know from the movies or the books. Lord of the Rings Online allows you to choose between four races and nine classes, as well as various professions and vocations. All in all, this is a pretty solid free MMORPG even though you’ll have a pretty hard time advancing to the maximum level if you choose not to pay for the extra benefits.

Similar to Warframe, Marvel Heroes didn’t make too much of a splash when it was first released but is now quickly rising to become one of the most popular free to play MMORPGs around. To be honest, this idea was bound to be successful from the start and it’s easy to see why. The relaunched Marvel Heroes 15 allows you to play as The Avengers, The Guardians of the Galaxy, the X-Men, and many more heroes from the Marvel universe. Do you prefer villains instead of heroes? Don’t worry then because you can also play as infamous bad guys such as Loki, Doctor Doom, Magneto, Venom, and more. The gameplay is similar to that of Diablo and the business model is free to play with microtransactions. Not much else to say about this one, so just go ahead and give it a try.

Stunning graphics, fun action-packed combat, unrealistically sexy characters and hours upon hours of grinding and generic quests. That’s Tera in a nutshell, or at least that’s what I remember from my experience with the game. Tera lets you choose between seven fantasy races, nine different classes and gives you a truck load of customization options to make your character truly unique. This is a title that didn’t make any compromises when it comes to the visuals and wanted to go straight to the top and compete with the subscription-based MMORPGs. As it’s often the case, things didn’t work out too well and it was forced to switch to a free to play model in the end.

If you’re in the mood for a free of charge D&D game that you can play with friends, then you might want to take a look at Perfect World’s Neverwinter. This MMORPG features loads of quality content designed for people who love getting themselves immersed and completing countless quests in a huge, beautiful world. There’s also plenty more content coming at a steady pace thanks to the Foundry tool, which allows players to create their own adventures. Last but not least, Neverwinter offers excellent fast-paced combat that’s less about button mashing and more about skill. And while there have been plenty of complaints regarding the ludicrous prices of the DLC, you can most certainly get most things for free if you’re willing to put some effort into it. The business model is not exactly fair, but otherwise this is definitely a great game.

A fun and challenging free to play MMORPG, Rift is a rather unique experience despite the fact that it features some far from original races – elves, dwarves, and humans. What it does offer however is the ability to customize your own class and role, which means that you don’t have to play through the whole game as a warrior who focuses on defense just so you can be a tank. But if you do want that, it’s certainly there. Sadly the combat system is identical to what you can find in World of Warcraft and dozens of other MMORPGs which is really a shame. However, if you’re already used to that type of combat and don’t mind it, make sure to give Rift a shot because it’s worth it just for the class customization alone.

You might dismiss it at first glance for being yet another Diablo clone, but this game is so much more than that. Actually, Path of Exile is considered by many to be even better than Diablo 3 thanks in no small part to its superior character customization. Also, this is a free to play game with a great business model that’s similar to what you can find in a lot of MOBA games or f2p shooters. You can’t buy anything that gives you an advantage over other players here as all the items on sale are merely cosmetic. If you like dark, gritty, action RPGs that you can play with friends, I strongly recommend that you give Path of Exile a chance. The only “problem” here is that you won’t be able to see hundreds of players in an area like in most MMORPGs because the game instances them.

This game is at the same time the best and worst  free MMORPG that you can play right now. Star Wars: The Old Republic is one of the few MMOs with a genuinely interesting story that’s very easy and enjoyable to follow thanks to all the great voice acting. SWOTR also features a great companion system and some really interesting PvP battlegrounds, as well as large amounts of geat content that can keep you busy for weeks on end. On the other hand, Star Wars: The Old Republic is a very difficult game to play if you choose the free route because of the high number of restrictions. At the end of the day though, that’s something you’ll come across in pretty much all the free to play MMORPGs.

I’m Load The Game’s co-founder and community manager, and whenever I’m not answering questions on social media platforms, I spend my time digging up the latest news and rumors and writing them up. That’s not to say I’m all work and no fun, not at all. If my spare time allows it, I like to engage in some good old fashioned online carnage. If it’s an MMO with swords and lots of PvP, I’m most likely in it. Oh, and if you’re looking to pick a fight in Tekken or Mortal Kombat, I’ll be more than happy to assist! Connect with me by email markjudge (@) loadthegame.com only
@@MarkJudgeLTG
Previous Interstellar Marines gets a stealth mode and two new maps
Next Call of Duty – Advanced Warfare Gets an Update 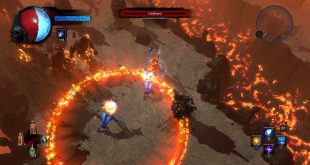 Have you been taking a break from Path of Exile? If yes, then there’s no ...