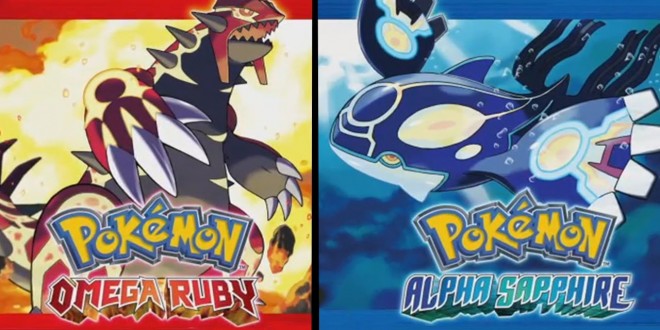 Pokemon Omega Ruby/Alpha Sapphire released over the weekend with high expectations. They could be considered some of the most anticipated games this winter, so of course there were high hopes. If the sales in Japan are any indicator, the new Pokemon releases seem to be doing very good.

Sales for Pokemon Omega Ruby/Alpha Sapphire reached 1,534,593 units sold in the title’s first 3 days, according to Famitsu. These numbers make this the 4th biggest 3DS debut in Japan. The three games with better releases are Pokemon X and Y, Monster Hunter 4, and Monster Hunter 4 Ultimate. There was also a boost in hardware sales, increasing from 51,000 3DS systems sold last week to 83,000 sold this week.

This is good news for Nintendo. Along with this strong debut, it was announced that Super Smash Bros. was the fastest selling Wii U title so far. With the holidays coming up, sales can be expected to boost up even further. The Wii U has been selling better in recent times, and the release of Super Smash Bros. could only mean that the Wii U will most likely have a good holiday season. Nintendo also has the release of the recent release amiibo line to look forward to. The first wave of amiibo figures released with Super Smash Bros., with some characters selling out at various retailers. The second wave is expected to arrive just before Christmas. The third wave, including retailer exclusive figures, will release early next year.

The success that Pokemon Omega Ruby/Alpha Sapphire is having is no surprise. Aside from the fact that the title is a part of the main Pokemon series, fans have been clamoring for the release of a remake of Game Boy Advance titles Pokemon Ruby/Sapphire for awhile now. This led to the creation of the popular “Hoenn Confirmed” meme, as fans anticipated the announcement of the titles.

I’m Load The Game’s co-founder and community manager, and whenever I’m not answering questions on social media platforms, I spend my time digging up the latest news and rumors and writing them up. That’s not to say I’m all work and no fun, not at all. If my spare time allows it, I like to engage in some good old fashioned online carnage. If it’s an MMO with swords and lots of PvP, I’m most likely in it. Oh, and if you’re looking to pick a fight in Tekken or Mortal Kombat, I’ll be more than happy to assist! Connect with me by email markjudge (@) loadthegame.com only
@@MarkJudgeLTG
Previous Sword Art Online: Lost Song Reveals Two New Characters
Next Far Cry 4 PC Patch is up