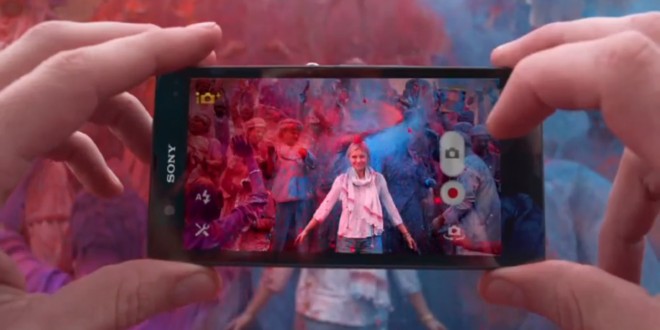 Sony Xperia Z4 and Z4 Ultra to be released next year

Sony’s high-end devices, the Xperia Z4 and Z4 Ultra are expected to consolidate the Japanese giant’s position on the smartphone market. Recently, new information on the Xperia Z4 leaked all over the web, and from what we’ve seen so far, the new flagship model is bound to feature a brand new Exmor IMX230 camera sensor, a Snapdragon 810 processor and a completely overhauled front LCD panel design. Apparently, the stream of leaks doesn’t end there, as Chinese site Expreview revealed that both Xperia Z4 and Z4 Ultra flagship models are scheduled to release at the Consumer Electronics Show which will take place in Las Vegas, January 6th next year. Sony will also bring several new features to the table in their quest to claim market supremacy.

The first of these will be the step up to the Snapdragon 805 SoC (Adreno 420 GPU), which will probably be Qualcomm’s last incursion in the ARMv7 32-bit architecture. Interestingly enough, this is in total contradiction with the initial rumor of a Snapdragon 810 64-bit (Adreno 430 GPU) processor. The Z4 will come with a 5.4 inch Quad HD display with 2560 x 1440 resolution, which is quite good news in the flagship world nowadays. Xperia Z4 will be powered by the Android 5.0 Lollipop, which unfortunately translates into a limited capability to capitalize on the latest features of Google’s powerful OS due to the less powerful 32-bit Snapdragon 805 processor. In the memory department, 4GB of RAM and 32GB of internal storage will be available. The Xperia Z4 will have a 3420 mAh battery, 20.7-megapixel rear camera, and 4.8-megapixel front-facing camera, which is a huge plus.

Xperia Z4 Ultra will feature nearly identical specs, except for a 5.9 inch Quad HD display and a thinner 5.7mm chassis. Sony made some great choices here if they turn out to be true. The only thing I don’t understand is the CPU choice. The Snapdragon 805 does not make any sense whatsoever, especially when thinking that the new Microsoft Lumia and Samsung Galaxy models will be switching to the 64-bit Snapdragon 810. We’ll have to wait and see until next year when the Consumer Electronics Show kicks off.

I'm Razvan, a sports and first-person shooter enthusiast. I've always loved writing, even more so when it involves games. When I'm not playing on my PS3 or writing, I like to run exhausting cardio workouts, play soccer, watch a good movie, or read a good book.
Previous iPad sales could actually decline soon according to market researchers
Next Getting hurt in video games will literally take the blood out of you