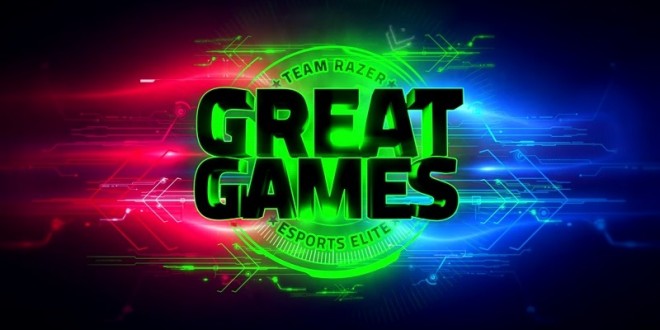 Generally speaking, electronic sports – or eSports for short – are not something that most people are familiar with. Sure, many of us gamers are well aware of them and some of us even follow the various competitions regularly, but for the majority of people this is still a new and strange concept. Have you ever tried explaining to your parents that some people actually earn a living by playing games? It’s certainly not an easy task to make people who are unfamiliar with eSports understand how they work and how hard is it for professional players to compete at the higher levels. Valve’s Free to Play documentary about the Dota 2 tournament known as The International was one of the first of its kind and actually achieved its purpose of spreading awareness regarding the world of eSports.

Soon enough, Riot follow with their very own documentary entitled Road to Worlds, which unsurprisingly revolved around League of Legends. Now Razer continues the trend of competitive gaming documentaries with one of their own and their calling it Great Games – the definitive eSports documentary. Unlike the aforementioned documentaries which were only focused on a single game, Great Games follows three of the most popular eSports games around: Starcraft 2, Dota 2, and League of Legends. Team Razer: Great Games will be split into three episodes, with each episode focusing on one of those three titles.

The first episode will debut this Saturday and will be all about Starcraft 2 and its predecessor, Starcraft: Brood War. In this episode we will be travelling to the place where eSports began and where competitive gaming is still as popular as ever: South Korea. Here, we will meet two absolute legends of competitive gaming in the form of Jaedong and Flash. Then, the documentary will turn its gaze to the current state of Starcraft 2 and what we can expect to see from its eSports scene in the future. The Dota 2 and League of Legends episodes will follow in the weeks to come. For more information visit the documentary’s official website here.

I’m Load The Game’s co-founder and community manager, and whenever I’m not answering questions on social media platforms, I spend my time digging up the latest news and rumors and writing them up. That’s not to say I’m all work and no fun, not at all. If my spare time allows it, I like to engage in some good old fashioned online carnage. If it’s an MMO with swords and lots of PvP, I’m most likely in it. Oh, and if you’re looking to pick a fight in Tekken or Mortal Kombat, I’ll be more than happy to assist! Connect with me by email markjudge (@) loadthegame.com only
@@MarkJudgeLTG
Previous Twitter is now tracking the apps installed on your mobile device
Next Linshof i8 is an octa-core German flagship with 80GB of internal storage