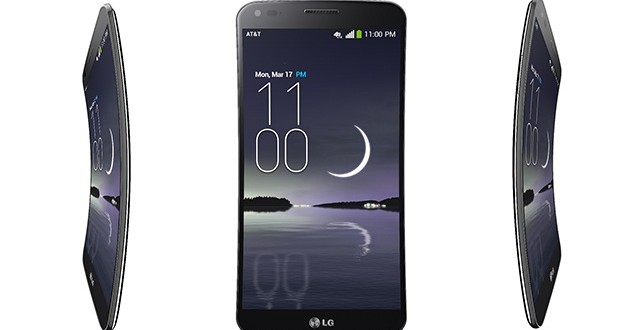 Word on the street is that LG are planing to launch their second generation LG G Flex smartphone at next year’s Consumer Electronics show, which takes place in January. Presumably entitled LG G Flex 2, the upcoming device will reportedly be a “major upgrade” over its predecessor, although further details are scarce right now. Sources close to the matter have told Android Authority that we can expect to see a high resolution P-OLED display on the device and better self-healing coating than its predecessor’s. The LG G Flex 2 is also said to be smaller than the first iteration, which came equipped with a 6-inch panel. This would definitely be a great idea as the LG G Flex was overall not very well received due to its size, among other things.

While I usually advise readers to take these kinds of rumors with a grain of salt, the LG G Flex 2 is almost certainly going to happen next year. This assumption is not based on what “sources close to the matter” are saying, but rather on what LG themselves are saying. Earlier this month, the tech giant posted an interesting article regarding the advancements in display technology and even shared their plans for how they will use the technology on new devices. The company’s roadmap reveals that the curved LG G Flex was just the “first step” and that in the next few years they will be working on bending, foldable, and rollable displays. The LG G Flex 2 is part of their “second step” and will apparently come equipped with a bending display based on the roadmap.

Previous reports have claimed that LG will be announcing the new smartphone by the end of the year, although that seems less likely now. It’s a bit more reasonable to assume that the LG G Flex 2 will be announced in January at the CES 2015 as this will supposedly be an innovative device and the company will surely want to present it at a major event.

I’m Load The Game’s co-founder and community manager, and whenever I’m not answering questions on social media platforms, I spend my time digging up the latest news and rumors and writing them up. That’s not to say I’m all work and no fun, not at all. If my spare time allows it, I like to engage in some good old fashioned online carnage. If it’s an MMO with swords and lots of PvP, I’m most likely in it. Oh, and if you’re looking to pick a fight in Tekken or Mortal Kombat, I’ll be more than happy to assist! Connect with me by email markjudge (@) loadthegame.com only
@@MarkJudgeLTG
Previous Xbox Japan CEO resigns in light of poor Xbox One sales in the country
Next Overwatch Developer Q&A