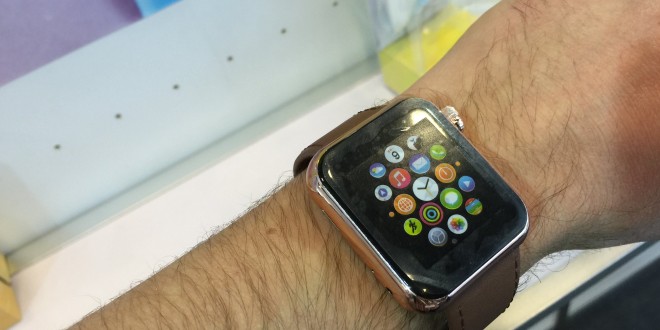 If you wanted to hurriedly buy the Apple Watch at CES 2015, you might have fallen into the trap set by Hyperdon

Are you one of those Apple fans that wants to buy the Apple Watch ahead of its launch? Well, if you are, you might have missed out on an opportunity to do so at CES 2015. You could buy the Apple Watch at one of the booths at the fair for $27, which is way less than what we were expecting to see. As you can see from the photos below, the Apple Watch was looking a bit sketchy at the show, but what else would you expect for that price? Now, for the catch. You couldn’t actually buy the Apple Watch, but a really good knock-off from a Chinese company instead. Unless you had a hands-on Apple Watch experience before, you wouldn’t realize that you were holding a fake thing until later. That is if you didn’t notice that the device didn’t look as premium as the Apple Watch on video or in the Vogue editorial.

Starting at the crown and the software, the Apple Watch on sale at CES 2015 was a great copy of the original introduced by Tim Cook in September. Alas, the moment you saw that price, you should have known it wasn’t the real deal. Hyperdon, a Chinese company is behind the high-fidelity copy of the Apple wearable and they did a pretty good job with the device dubbed Smart Watch. You even got the whole crown-controlled software experience with the zooming and the panning that many people liked about the demo in September. The whole watch from Hyperdon is actually a blatant rip-off of the Apple timepiece, but a pretty neat one to be fair.

If you think that it doesn’t have the functionalities the Apple Watch does, think again: it packs most of the features you would find on a smart watch, but running on a sketchy software. It can be paired with the iPhone 6 and you can even make calls, send messages, play music on the device and it even features the haptic feedback other smart wearables do. You get a pedometer, stopwatch, an Anti lost feature, notifications and more. You did have to install some dubious apps in order to get some of the features to work, and the watch seems to be designed for jail-broken iPhone 6 units, so we wouldn’t have recommended you to buy the Apple Watch knock-off anyway. We are wondering when Apple will strike back and sue Hyperdom for copyright infringement. Want to bet? 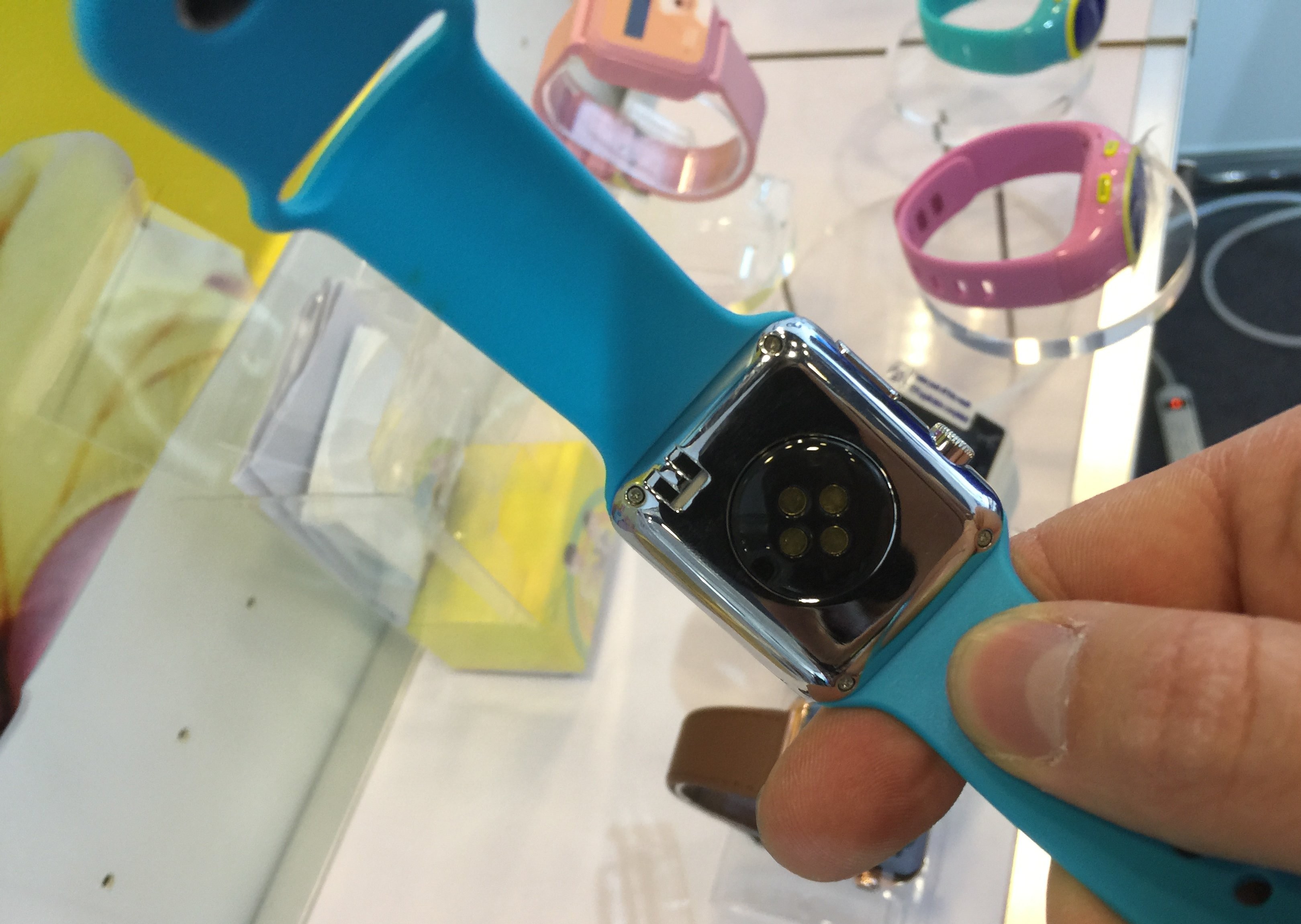 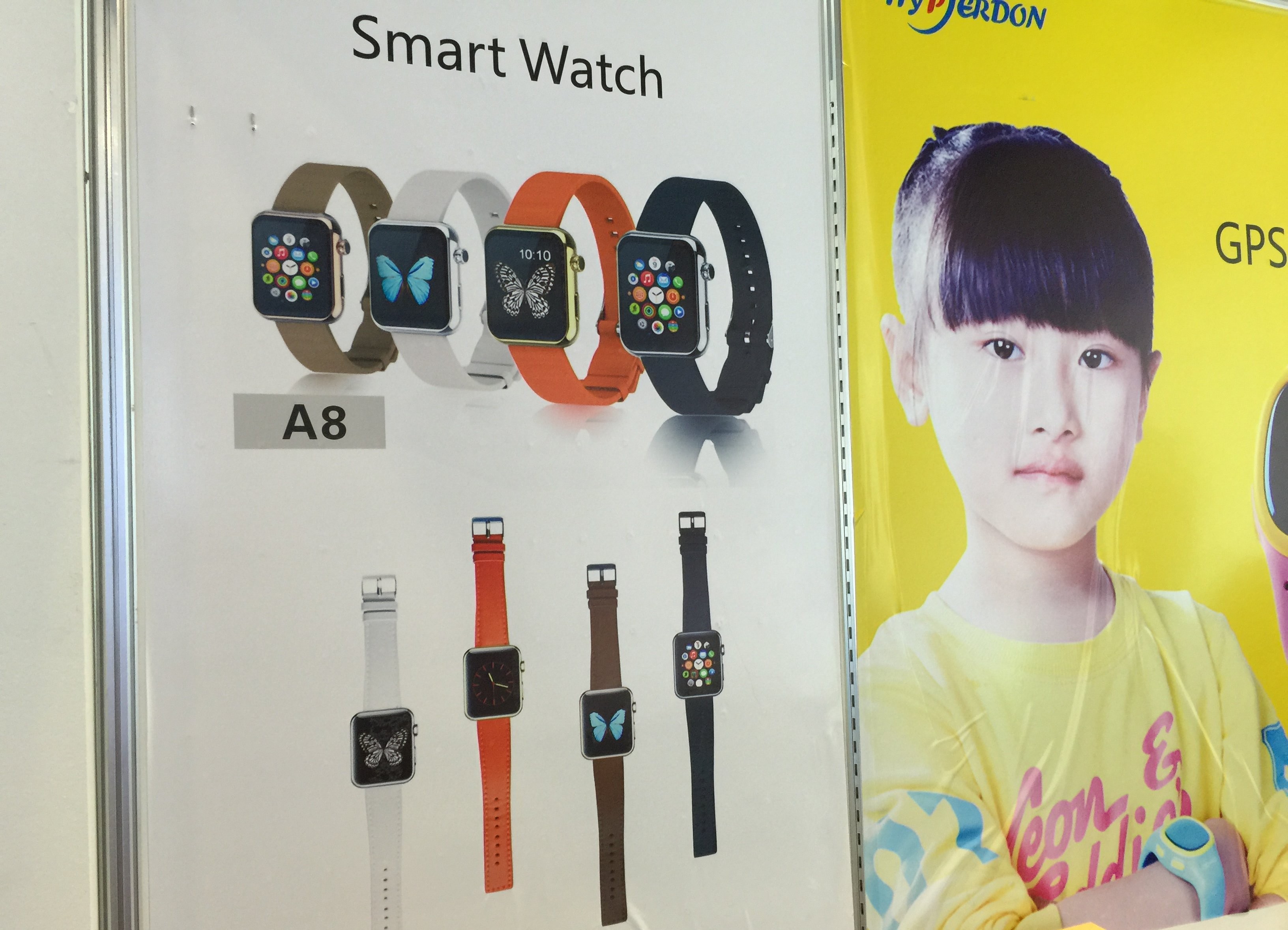 My life-long dream has been to test out every gadget on the market! Considering the fact that I've rapidly destroyed almost every gadget I've had so far, I'm not inclined to owning something, so my ideal outcome would be to have a different gadget each month. I'm really into smartphones, wearables and tablets and I love Playstation and Xbox, I'm sure I'll beat you at your own game (after a month of training... or two)
Previous CES 2015: Intel Next Unit of Computing mini desktop PCs refreshed
Next Round smart watch from Samsung release date set for MWC 2015