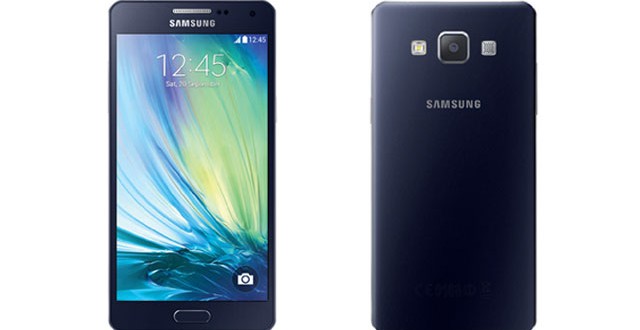 Samsung Galaxy A7 spotted in FCC listing complete with specs

The Samsung Galaxy A7 is the third smartphone in the company’s “A” series, which also includes the Galaxy A5 and the Galaxy A3. While the A5 is already available to purchase in China and the A3 will also go on sale soon, the A7 is still nowhere to be seen. However, things will soon change as the device already payed a visit to the FCC, which suggests that Samsung might be ready to launch it soon. The device has the model number SM-A700 and will feature some pretty decent specs, although definitely nothing to write home about. Thanks to the FCC listing, we were able to learn all about the hardware found on the Samsung Galaxy A7 but unfortunately we still known next to nothing about its design.

We do know however that the upcoming smartphone will come equipped with a 5.2-inch display with 1920 x 1080 resolution and Android 4.4.4 KitKat on board. A quick peak under the hood reveals a Qualcomm Snapdragon 615 octa-core 64-bit processor clocked at 1.5 Ghz, and 2 GB of RAM. The Samsung Galaxy A7 also features a 12 MP primary camera along with a 5 MP front-facing shooter, and 16 GB of internal storage memory. Connectivity options include: Bluetooth, Wi-Fi, and 4G LTE. All of these specs align perfectly with a Samsung Galaxy A7 benchmark that was leaked late last month, so it’s pretty safe to say that these specs will be final.

Other important information like pricing or a possible release date are not known at this time, although there are definitely all sorts of speculations. The Samsung Galaxy A7 will presumably cost around $450-$500 , which is pretty expensive all things considered. As for the release date, we can only assume that Samsung plans to launch the device soon considering that it already paid a visit to the FCC. If it’s not out by the end of the year, then the company will likely announce it at the CES 2015 in January.

I’m Load The Game’s co-founder and community manager, and whenever I’m not answering questions on social media platforms, I spend my time digging up the latest news and rumors and writing them up. That’s not to say I’m all work and no fun, not at all. If my spare time allows it, I like to engage in some good old fashioned online carnage. If it’s an MMO with swords and lots of PvP, I’m most likely in it. Oh, and if you’re looking to pick a fight in Tekken or Mortal Kombat, I’ll be more than happy to assist! Connect with me by email markjudge (@) loadthegame.com only
@@MarkJudgeLTG
Previous Overwatch Developer Q&A
Next Star Citizen will allow you to have your very own space pet