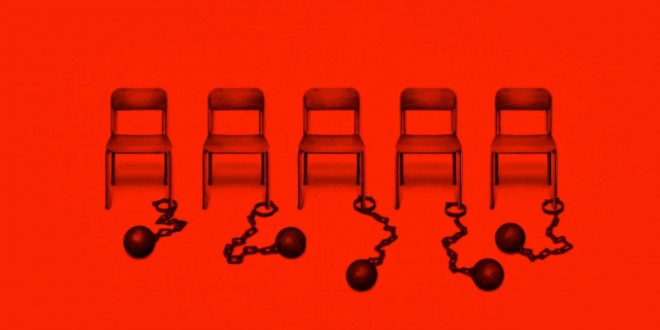 Persona 5 is an upcoming JRPG from the developer Atlus. Through the PlayStation Experience this year, the developer released an English trailer for the American release.

Part of the Shin Megami Tensei: Persona series, Persona 5 was first announced in a teaser trailer in 2013. The game was announced alongside Persona Q: Shadow of the Labyrinth, Persona 4 Arena Ultimax, and Persona 4: Dancing All Night. Like other Persona titles in the main series, Persona 5 has a thematic color: red. The game is also follows the theme of breaking free of being bound, with the first teaser stating: “You are a slave. Want emancipation?” The Japanese version of the second trailer was released during a pre-TGS Press Conference. The trailer gave us a glimpse of the game’s protagonist, and a slight look at the game’s setting.

The Shin Megami Tensei: Persona series was first released in 1996. Since then, Persona titles have been featured on every Sony system, including handheld, and the Nintendo 3DS. A fighting spin-off series, Persona 4 Arena, as also been spawned in recent years. The series has also been adapted into anime series and movies. The Persona series is a spin-off of the Megami Tensei titles, with Persona 5 being the first title in the main to drop the Shin Megami Tensei title, separating the two series even more.

Persona 5 will release sometime in 2015. The title will be available on the PS4 and PS3.

I’m Load The Game’s co-founder and community manager, and whenever I’m not answering questions on social media platforms, I spend my time digging up the latest news and rumors and writing them up. That’s not to say I’m all work and no fun, not at all. If my spare time allows it, I like to engage in some good old fashioned online carnage. If it’s an MMO with swords and lots of PvP, I’m most likely in it. Oh, and if you’re looking to pick a fight in Tekken or Mortal Kombat, I’ll be more than happy to assist! Connect with me by email markjudge (@) loadthegame.com only
@@MarkJudgeLTG
Previous MASSIVE CHALICE Preview
Next Final Fantasy VII Coming to PS4 in 2015