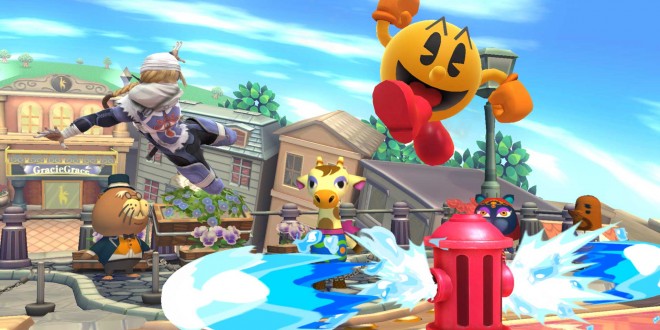 Nintendo Sales for November 2014 were strong. Not surprisingly Pokemon Omega Ruby-Alpha Sapphire and Super Smash Bros for Wii U led all sales. Compared to November of 2013 Nintendo 3DS software increased by 40 percent. November of 2013 saw the release of Senran Kagura Burst, Young Justice: Legacy, Mario Party: Island Tour and The Legend of Zelda: A Link Between Worlds. While Zelda is a major player its sales have never been comparable to the Pokemon series, especially when it comes to handheld Zelda titles.

Super Smash Bros for Nintendo 3DS had more strong sales in November, hitting 1.5 million sold both physically and digitally. It was the tenth game to reach over a million on the Nintendo 3DS, and is now joined by Pokemon Omega Ruby and Alpha Sapphire. Smash and Pokemon have now kicked off A Link Between Worlds and Animal Crossing New Leaf from the top 10 Nintendo 3DS games in regards to sales.

Hardware sales were the strongest since the consoles launch in 2012, increasing 10 percent over 2013. However software sales increased by 90 percent over 2013, meaning that while less people are buying the Wii U for the first time, a majority of those who own one purchase games for it. Although since Super Smash Bros for Wii U launched in November its not that surprising that sales were strong. Smash Bros has also now ousted Mario Kart 8 as the biggest pusher of hardware. In numbers, Smash Bros for Wii U sold 710,000 and is one of the highest rated games of the year.

Amiibo was released alongside Super Smash Bros for Wii U and have seen equal sales numbers. Link is the most popular Amiibo figure, with Mario and Pikachu next on the list. December 5 also saw the release of Captain Toad Treasure Tracker for Wii U and NES Remix Pack on Nintendo 3DS, although I doubt those will be large commercial hits.

2015 will be another great year for Nintendo as the beginning of the year itself has Splatoon, Yoshi’s Woolly World, Kirby and the Rainbow Curse and Code Name STEAM.