Breaking News
Home » Tech » OnePlus Two vs OnePlus One – What kind of improvements can we expect? 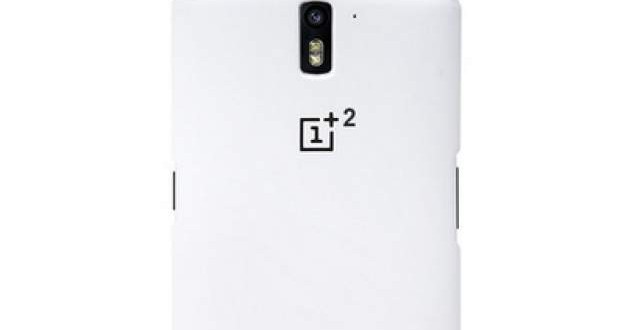 OnePlus Two vs OnePlus One – What kind of improvements can we expect?

Who would have thought that a high-end flagship smartphone could cost as little as 300 bucks? Well, you need to look no further than the OnePlus One to see that such a device does in fact exist. This year the “flagship killer” caused headaches to many big manufacturers, who lost quite a few customers to the new and unexpected rival. But that was only the beginning. The Chinese startup company known as OnePlus wants to repeat this performance next year as well with the OnePlus Two flagship. But can they pull it off? In order to answer that question we’re going to take a look at some of the rumors surrounding the OnePlus Two in an attempt to figure out if the upcoming smartphone will be just as impressive as the OnePlus One.

Coming in a 5.5-inches, 1080 x 1920 resolution, and 401 pixel density, the display on the OnePlus One is pretty much standard for a 2014 flagship. That resolution probably isn’t going to fly anymore next year as most of the upcoming flagships are expected to feature 1440 x 2560 screens. As such, the OnePlus Two is also expected to follow that trend, but with a smaller display than this year. Indeed, OnePlus stated earlier that they’re aware that customers want to see a smaller device from them in the future. They also added that the OnePlus Two “may or may not be the same size as the OnePlus One.” From a visual standpoint, the upcoming device should look more or less similar to the current flagship, although buyers will have even more customization options to play with according to the most recent rumors.

Impressive hardware was one of the main selling points for the OnePlus One and this trend will undoubtedly continue with the sequel as well. Currently, word on the street is that the OnePlus Two will come equipped with a Qualcomm Snapdragon 805 processor, although the Snapdragon 810 seems the better choice if you ask me. Aside from that, some other specs should include 3 GB of RAM, 16 MP camera on the back along with 5 MP selfie shooter on the front, 32 GB of storage(possibly with microSD support), and a 3,300 mAh battery. There’s not a crazy amount of improvements over the OnePlus One at first glance, so let’s hope that OnePlus goes with the Qualcomm Snapdragon 810 chipset after all. On the software side, word has it that the company is currently working on an in-house ROM to power the OnePlus Two, albeit it will only be available for units shipped in China. The rest of the world can expect a different OS that may or may not be the CyanogenMod like it was on the OnePlus One.

The success of the current flagship is in no small part thanks to the low price tag of just $300 for the 16GB, or $350 for the 64GB model. Now, rumor has it that the OnePlus Two will be priced a bit higher than its predecessor, although the cost will definitely not exceed $500. Depending on the final specs, this price tag still seems reasonable but I suspect OnePlus will try to keep it as cheap as possible just like they did with the OnePlus One. As for the release date, the manufacturer confirmed on two separate occasions earlier this year that the device will be announced sometime during Q2 or Q3 of 2015. The “flagship killer” was announced in April and made available in June, so we might end up seeing this pattern once again with the OnePlus Two.

Needless to say, it’s a bit early to get a good idea on what the device will end up offering, especially since most of what we have to go on are various rumors. However, if OnePlus One manages to once again deliver a high-end flagship at a bargain price, there’s no doubt in my mind that its success will be just a matter of time. One way to substantially improve over the original would be to give the OnePlus Two a Snapdragon 810 chipset and have it run on stock Android Lollipop. A better camera would be nice too. At the end of the day, there’s only so much we can ask from a smartphone that’s predicted to be ridiculously cheap. At the same time, if the company keeps dishing out cheap handsets equipped with the best hardware, it won’t be long until OnePlus will be able to battle for dominance for the smartphone market with the other big boys like Samsung, Apple, LG, or HTC. Let’s hope they manage to impress us with the OnePlus Two, just like they did with their first offering.

I’m Load The Game’s co-founder and community manager, and whenever I’m not answering questions on social media platforms, I spend my time digging up the latest news and rumors and writing them up. That’s not to say I’m all work and no fun, not at all. If my spare time allows it, I like to engage in some good old fashioned online carnage. If it’s an MMO with swords and lots of PvP, I’m most likely in it. Oh, and if you’re looking to pick a fight in Tekken or Mortal Kombat, I’ll be more than happy to assist! Connect with me by email markjudge (@) loadthegame.com only
@@MarkJudgeLTG
Previous iPad Air 2 vs Nvidia Shield Tablet vs Galaxy Tab 4 10.1: specs and prices compared
Next First Nokia Android smartphone surfaces complete with specs