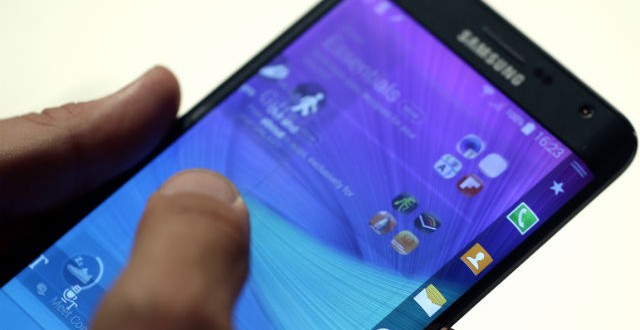 It’s not uncommon to see Verizon being late to the party compared to some of its rivals, and actually some might even consider this to be the norm.  For example, the carrier still doesn’t have the Samsung Galaxy Note Edge in stock despite the fact that it was launched quite some time ago. This will soon change though according to the latest word on the street. A seemingly reliable source has recently revealed that Verizon will launch the Samsung Galaxy Note Edge via their CDMA network this Thursday, January 8th. Moreover, the leaker also spilled the beans on the price tag and it’s pretty much what we’ve expected. The carrier will reportedly offer the curved phablet for $399 with a two-year contract.

As it’s often the case, Verizon Wireless will make it so that you can also purchase the device via an alternative plan, which in this case will be $33.32 per month. In addition, those who are interested in buying the Samsung Galaxy Note Edge with no strings attached, will be able to do so by forking out the tidy sum of $799. The price tag for the unlocked version of the phone may seem a little bit steep, but it’s in fact about $70 lower than what T-Mobile is charging at the moment. Aside from the Samsung Galaxy Note Edge, Verizon is rumored to start offering yet another highly sought after mobile device in the near future.

The very same leaker claims that the carrier will have in stock the Motorola Nexus 6 starting next month. A specific release date is unknown at this time, but it seems like potential customers can expect to see it sometime by the middle of February.Verizon themselves haven’t confirmed any of this, so make sure to take it with a grain of salt. However, it’s pretty safe to assume that both the Samsung Galaxy Note Edge and the Nexus 6 will make it on the carrier’s shelves at some point in the near future.

I’m Load The Game’s co-founder and community manager, and whenever I’m not answering questions on social media platforms, I spend my time digging up the latest news and rumors and writing them up. That’s not to say I’m all work and no fun, not at all. If my spare time allows it, I like to engage in some good old fashioned online carnage. If it’s an MMO with swords and lots of PvP, I’m most likely in it. Oh, and if you’re looking to pick a fight in Tekken or Mortal Kombat, I’ll be more than happy to assist! Connect with me by email markjudge (@) loadthegame.com only
@@MarkJudgeLTG
Previous Apple Watch should be launched earlier than expected
Next Wearables at CES 2015: Zensorium, Omate and Withings