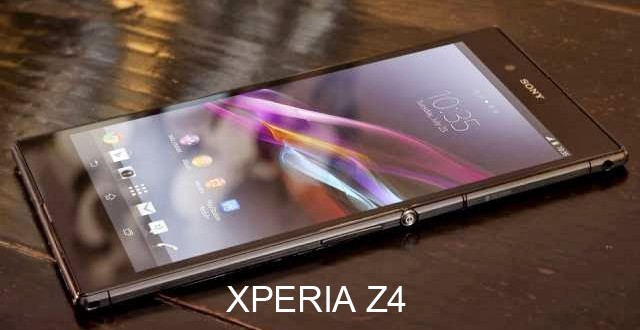 The rumor mill surrounding the upcoming Sony Xperia Z4 is again in full swing, with most of the chatter now revolving around its display. A recent trend among smartphone manufacturers is the QHD, also known as the 2K resolution display. We’ve already seen this type of screen on devices like the LG G3, the Samsung Galaxy Note 4, and the Nexus 6, among others. A lot of upcoming flagships are also said to come equipped with a similar panel, including the Sony Xperia Z4. However, the current word on the street is that we will actually see two variants of the device, only one of which will sport the increasingly popular resolution. Sony is said to equip the other model with the more common FHD aka 1080p display.

The source of this rumor goes into some more details and claims that the 2K version is targeting the US market while most other countries will only be able to purchase the FHD Sony Xperia Z4. Display aside, the rumor goes on to talk about the device’s waterproof capabilities, which have reportedly been substantially improved since the last iteration. Apparently, the smartphone will not require a USB flap cover anymore to keep water from leaking through to the hardware. There’s also some talk regarding the camera, specifically the front-facing one. Although the source mentions that the Sony Xperia Z4 will feature an improved selfie snapper, there are no further details so we’re not sure what kind of improvements we can expect to see.

The Sony Xperia Z4 didn’t make an official appearance at the CES 2015, but we might be able to see it on stage this March at the MWC 2015. However, it’s more likely that Sony will only be ready to make the big unveiling later this year, possibly in May. There is no official word in regards to the specs yet, although most rumors point at a 5.2-inch display and Qualcomm Snapdragon 810 with 4 GB of RAM under the hood. It’s very likely that the Sony Xperia Z4 will run on Android 5.0 Lollipop straight out of the box but we’ll just have to wait and see.

I’m Load The Game’s co-founder and community manager, and whenever I’m not answering questions on social media platforms, I spend my time digging up the latest news and rumors and writing them up. That’s not to say I’m all work and no fun, not at all. If my spare time allows it, I like to engage in some good old fashioned online carnage. If it’s an MMO with swords and lots of PvP, I’m most likely in it. Oh, and if you’re looking to pick a fight in Tekken or Mortal Kombat, I’ll be more than happy to assist! Connect with me by email markjudge (@) loadthegame.com only
@@MarkJudgeLTG
Previous Self-driving BMW i3 series can park like professionals
Next Preparations for the Dota 2 The International 5 have already begun

The Sony Xperia Z4 failed to make an appearance at the MWC 2015, instead the ...