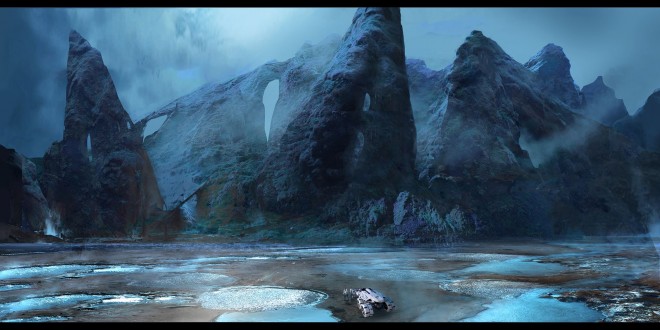 I’ve been surprised at the amount of news publications picking up on and panicking about Mass Effect 4’s supposed delay to 2020. The initial rumors began when a supposed 2020 release date was associated with Mass Effect 4 on Amazon France’s website. I get that people are hungry for news regarding the upcoming Mass Effect game, but let’s be serious – Amazon is a retailer, and nothing more. Since when is Amazon a reliable source for release dates for games that haven’t even seen a gaming convention or any real press releases? If anything, I doubt even Bioware has a fixed release date for ME4, apart from an approximated time-frame set by EA, which is most likely sometime in 2016.

Realistically speaking, getting on the “amagad we have to wait 5 more years for Mass Effect 4” band-wagon is humorous, at best. We already have confirmation from Bioware that the game is deep in development, we’ve had that for almost a year. Last year in spring, Yanick Roy, Studio Director for BioWare Montréal, gave ample hints about the game and its state in the development process. It already had playable parts which ran more than well, something confirmed by Bioware’s Aaryn Flynn too. Granted, the studio has been focusing more on the release of Dragon Age: Inquisition in the last couple of months, and understandably so, their social media activity revolved around promoting DA. That does NOT mean that Mass Effect 4’s development has been halted. There’s no indication for that, and with EA as a publisher, let’s face it – it won’t take 6-7 years for it to hit the shelves.

With GDC 2015 and E3 coming (the former in March, the latter in June) up, we’ll bet our GPU’s that we’ll be seeing the first official screenshots or even some gameplay footage from ME4 at either (or both) of these events. Still, it’s too optimistic to expect the game to launch this year, but we’ll definitely get more info about it. There’s too little released, official information about the upcoming Mass Effect title to realistically expect a 2015 release date, but panicking about a 2020 delay, especially without any hint or evidence of such a delay provided by Bioware, is exaggerated. For now, we’re stuck with minor bits and pieces, such as the knowledge that Shepard won’t be back, the story will take place within the same universe but with an entirely different cast of characters, and some preliminary concept art, as seen in the provided pictures.

With Dragon Age: Inquisition garnering fairly positive attention from both gamers and critics alike, and with most major patches for the game already being rolled out, it’s clear that Bioware’s attention will fully shift to its next upcoming major projects, Mass Effect 4 and Shadow Realms. The former is the first to come out, that much is certain, but given that it’s being developed by an entirely different team at Bioware, there’s no reason to believe Mass Effect 4’s development process is going slowly or has been postponed. We’ll likely know more about Bioware and EA’s space-RPG in the coming months, so until then, we’ll be chillin’, knowing that the game’s in the oven, and cooking.

Old-school gamer with a cheeky tongue that gets me in trouble. When I'm not playing games, I'm writing about them, preferably in the vicinity of a fridge! Oh, and if you're a Justin Bieber fan, I'm afraid we can't be friends!
Previous Amiibo vs Skylanders vs Infinity: A Comparison
Next Nexus 7 gets Android Lollipop 5.0.2, still has battery drain issues