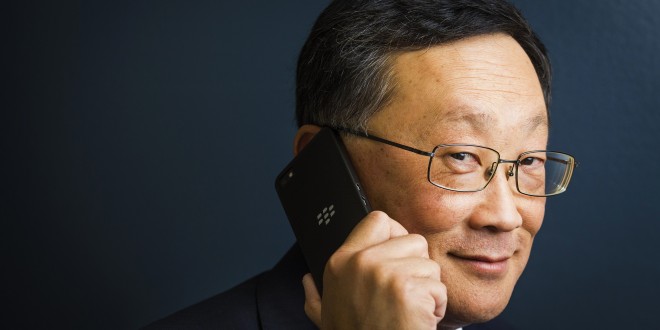 Blackberry wasn't even thinking about selling to Samsung

Samsung buying BlackBerry? Not a chance.

Rumors of Samsung buying BlackBerry have been flying around this week, detailing an offer of more than $7 billion proposed by the South Korean company to buy John Chen’s newly revived company. Both execs from BlackBerry and Samsung reportedly met to discuss the huge buyout and everybody was sure that the meeting was underway sometime yesterday afternoon EST.

Yesterday’s reports detailed the “Samsung buying BlackBerry” affair saying that John Chen proposed a price of $13,35 to $15,49 per share, which would come up with roughly $7,5 billion asking price for the company. News outlets around the internet were hyping about the news, speculating reasons why BlackBerry would submit to such a buyout since the company has just got back on its feet after the successful release of the BlackBerry Passport and BlackBerry Classic. The whole affair seemed fishy to many, including Load the Game, especially since official press releases about the deal were not published before the news hit outlets.

BlackBerry has published a press release after the new of Samsung buying BlackBerry went viral and what we found out from the publication debunked all rumors about the affair. The release bluntly stated that no such meeting took place between Samsung and BlackBerry CEOs and there never was any intention on the part of BlackBerry to sell its shares. There was no further comment released from the company, but the press release was enough to stop all the rumors.

Even though the rumor about Samsung buying BlackBerry are now completely debunked, we can’t shake the feeling that where there’s smoke, there’s fire. That being said, there might be some sort of talks going on between the companies, but not about a buyout. We are curious to see if Samsung issues a response to the news and what they will say if so. Until further notice, we can consider the buyout as null and void, a piece of fiction. Since news tends to come from somewhere and outlets reported on “reliable sources”, there must be something going on. We will get back to you on the issue, but we hope BlackBerry stays under John Chen, seeing as the past few months were a testament to his business- and growth-oriented ideas.

My life-long dream has been to test out every gadget on the market! Considering the fact that I've rapidly destroyed almost every gadget I've had so far, I'm not inclined to owning something, so my ideal outcome would be to have a different gadget each month. I'm really into smartphones, wearables and tablets and I love Playstation and Xbox, I'm sure I'll beat you at your own game (after a month of training... or two)
Previous Dragon Age: Inquisition’s most popular gender
Next Turtle Rock discusses Evolve and the need for DLC

MWC 2015: BlackBerry will be showing off a new line-up

BlackBerry Classic launched, will be available at Verizon and AT&T

The long-awaited BlackBerry Classic aka the Q20 QWERTY smartphone was finally launched by the company. ...