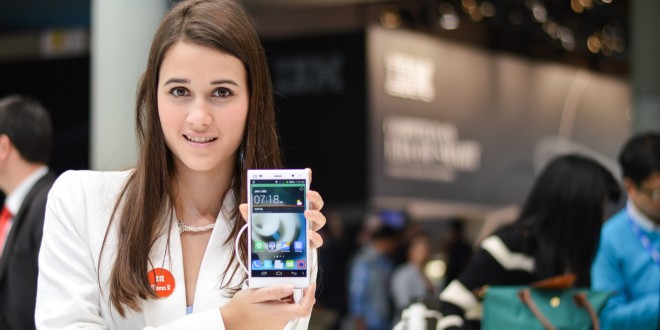 ZTE will be rivaling Xiaomi with three new gadgets tomorrow

ZTE is holding a press conference tomorrow, January 17th 2015 and they will be unleashing three new gadgets to rival with Xiaomi’s new launches of the 15th. Yesterday, Xiaomi revealed two behemoth devices that definitely deserve all the attention they are getting: the Xiaomi Mi Note and Mi Note Pro. The first device can rival last year’s flagships and even beat them in specs, but the Pro version is actually a behemoth outfitted with a Snapdragon 810 CPU to boast with. ZTE is well behind what other companies have to offer in terms of hardware and design, but tomorrow’s event might be a game-changer. The photo you can see above is of the ZTE Grand Memo 2 and it is Edgar Cervantes‘ shot for a Phandroid review of the device.

Press invitations have been sent out already to a ZTE event to be held tomorrow and rumor has it we will be seeing three new devices unveiled. The past few weeks were very busy in the smartphone market, not to mention the overall technology industry, due to CES 2015 and quite a few new releases from Chinese companies like Xiaomi, Oppo, Lenovo and Meizu. These are headliners in the Chinese market when it comes to smartphones, but ZTE is no small match, either.

The Chinese company is supposedly prepping the ZTE Grand S3, Star 2 and Qingyang 3 handsets for tomorrow and we are curious to see how they propose to outdo the generous offerings from Xiaomi. The Grand S2 was a pretty appreciate Chinese smartphone with a friendly price tag, but its successor should be stealing away the limelight if it really is launching tomorrow. Since the Grand S2 came with a 5.5 inch display with a 1080*1920 resolution, Snapdragon 800 CPU, 2 GB RAM, 16 GB expandable internal storage, 13 MP camera with LED flash, 5 MP secondary shooter and 2500 mAh battery unit, we expect a pretty big upgrade.

The ZTE Star 2 will just be a CDMA version of the original that was announced in December last year, featuring ZTE’s own patented voice control system and pretty decent specs. People are hoping for a big battery on this handset, but we don’t know much about it as of yet. The original model that was announced in December came with a 5 inch display with a 1080*1920 resolution, Snapdragon 801 CPU, 2 GB RAM, 16 GB expandable internal storage, 13 MP camera with dual-LED flash and a 5 MP front shooter, as well as a small 2300 mAh battery unit.

The last handset in the line-up, the ZTE Qingyang 3 will be the newest in the QingYang line and should upgrade from the MT6592 1.2 GHz CPU, 1 GB RAM, 8 GB internal storage, 8 MP rear camera, 5 MP front camera and 5 inch 720p display found on the last edition launched in July 2014. The press conference is happening tomorrow, so we are sure to find out more there. Until then, take the three new ZTE devices with a grain of salt, since the company hasn’t confirmed the line-up for tomorrow yet.

My life-long dream has been to test out every gadget on the market! Considering the fact that I've rapidly destroyed almost every gadget I've had so far, I'm not inclined to owning something, so my ideal outcome would be to have a different gadget each month. I'm really into smartphones, wearables and tablets and I love Playstation and Xbox, I'm sure I'll beat you at your own game (after a month of training... or two)
Previous Google releases Android 5.0.2 Lollipop factory images for Nexus 7 and Nexus 10
Next The king of bezel-less phones: Serendipity S7