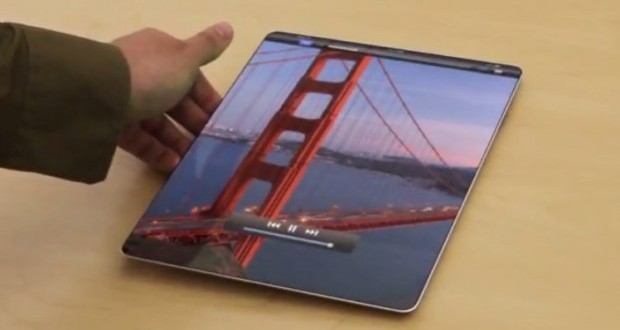 When is the iPad Air 3 coming?

Apple has had a great 2014 with the newly launched iPhone 6, iPhone 6 Plus and iPad Air 2, but the year is starting to shape up as yet another successful year with new launches coming up. Rumors are already piling up about the iPhone 7, the iPad Pro and even the new iPad Air 3. Naturally, all these new releases aren’t due until at least Summer 2015, yet people are already getting excited about how they will look like and what novelties Apple will include in their design. The iPad Air 3 is the most recent rumored device, as people are expecting the slate to be launched in October 2015.

The iPad Air 3 shouldn’t be too different from its predecessor, especially in design, since slimming down the slate wouldn’t be a good idea in our humble opinion. The iPad Air 2 is already one of the thinnest and lightest devices out there, but it does have its shortcomings; it feels more fragile and it is easier to bend and break. Making the iPad AIr 3 design even thinner and lighter might negatively impact product and build durability and resistance, so we expect Apple to keep the form factor and design. That doesn’t mean that the slate will look the same, but more than an extra color option, some chamfered edges and a slightly upgraded design are unlikely.

When it comes to processing power, we will most likely see either the Apple A9 or A9X chipset to be featured in the iPad Air 3, seeing as the chip is already in the manufacturing process and the upgraded version of it shouldn’t be far behind. An improvement to battery life is also expected, users wanting to see at least 15 hours of battery life on the upcoming slate. If Apple were to sacrifice a bit of the thinness and lightness of their previous model, the iPad Air 3 could be outfitted with a larger, bulkier battery that could handle prolonged use better. The upgraded chipset should also lend a hand with power management and battery optimization.

We’ve come across an old concept video of the iPad 3, but we think these new design elements, namely the edge-to-edge display, would be a nice addition to the future iPad Air 3, too. Check it out:

The display on the iPad Air 3 might receive a bump in size and in resolution, but that would affect battery life, so Apple needs to find the road in-between that would allow for a great design, great resolution and an impressive battery life, all at the same time. Not an easy feat, for sure, but Apple has a history of getting around obstacles. When it comes to the camera, a bigger sensor on the rear is unlikely, but we might be surprised with a 13 MP iSight camera nonetheless. The FaceTime camera on the front should also get a small bump to 2 or even 5 MP, but we shall see about that when Apple confirms a few of these rumors.

That’s all the information about the iPad Air 3 online, and keep in mind that these are just rumors and speculations, so take them with a grain of salt. Our wishlist of what we would like to see on the iPad Air 3 goes far beyond what these specs depict, but we will address those when we have confirmation that the iPad Air 3 is in the works. Until then, we see the iPad Pro coming around the corner, maybe as early as in the Spring, so we’re more interested in that at the moment. Until further notice, stay tuned to see what we can dig up about upcoming Apple products.

My life-long dream has been to test out every gadget on the market! Considering the fact that I've rapidly destroyed almost every gadget I've had so far, I'm not inclined to owning something, so my ideal outcome would be to have a different gadget each month. I'm really into smartphones, wearables and tablets and I love Playstation and Xbox, I'm sure I'll beat you at your own game (after a month of training... or two)
Previous iPad Air 2 gets considerable price-cut
Next Samsung Galaxy Core 2 vs Samsung Galaxy Ace 4 – Budget smartphones compared