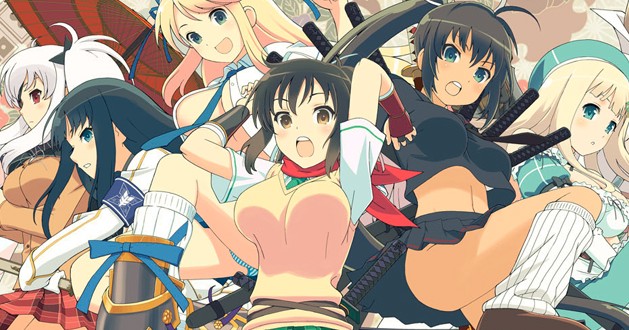 Senran Kagura: Estival Versus is the latest entry in a popular franchise that features hypersexualized female characters. This franchise is has become known well due to the borderline explicit content, and the most recent title won’t disappoint. A recently released trailer (in Japanese) for Estival Versus focuses a great deal on the fan service elements of the title, including breast physics, the clothing degradation system and other “fun” features. Viewer discretion is advised, the video features a great deal of sexual content.

The game’s developer, Marvelous Entertainment, also released a selection of artwork and screenshots. This selection showcases some of the more prominent characters in the game. The title focuses heavily on fan service, however the underlying mechanics appear to be solid. Estival Versus is based around Dynasty Warriors-esque hack n’ slash gameplay. Players must fight against crowds of opponents with their characters. Each character is unique and features distinct fighting styles, clothing options and more.

Estival Versus will be arriving on the PS4 and PS Vita in Japan on March 26th. The game will be available as part of two special editions. They will include the a copy of the game, a special collectors box, a code for a special Original Video Animation (OVA) of the characters from the title, a drama CD, the game’s soundtrack and different selections of mini figurines. There is no news regarding a possible release of the game in the US, however Shinovi Versus, the previous entry in the series, was made available outside of Japan.

This explicit content of this video game may seem somewhat extreme, however that is not the case in Japan. Many interactive and animated works from the land of the rising sun can include even more extreme content. There are a variety of cultural and historical reasons for the prevalence of such content on store shelves, however it can be partially attributed to the small size of the country’s domestic video game market. The most popular games in Japan would be considered failures elsewhere. As a result, developers attempt to make their works stand out. After all, sex sells.

I'm a gamer and a massive fan of anime. I'm a massive simulator geek. Who isn't? Simulators offer me the opportunity to experience something I wouldn't otherwise. Have you ever driven a train? I haven't, and I probably never will. However Train Simulator 2015 gives me the opportunity to experience what it might be like. I'm also a big train and space exploration geek.
@ivanmashkov
Previous This Spoof Trailer For “The Order: 1986” Is Incredibly Fun, Dude
Next Launch Trailer Revealed for Dead or Alive 5: Last Round