Breaking News
Home » NEWS » Minecraft is under investigation in Turkey 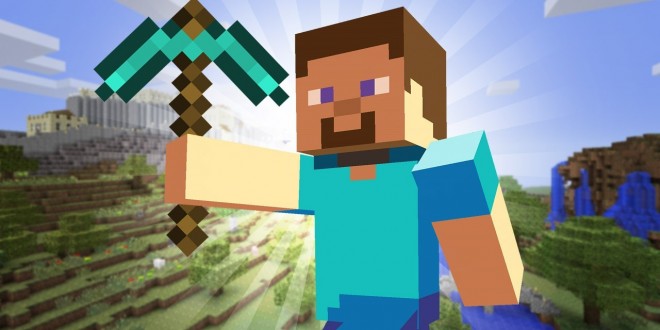 Minecraft is under investigation in Turkey

The Turkish Ministry for Family and Social Policies has decided to open an investigation into famous videogame Minecraft following concerns from the population that the game could trigger violence in its players, especially against women. Turkish news site Hurriett Daily News reported today that the ministry has received multiple complaints regarding the violence required to progress and survive in Minecraft. As the game warps players in a world where they will need to utilize all of their survival skills in order to succeed, they might have to resort to killing for food and personal defense.

Specifically, the complains regarded the multiplayer part of Minecraft and the most advances levels of the game where, in order to survive, players have to build their own weaponry and armor and slay animals as well as monsters and humanoids. Failing to do so will result in death and in players having to restart from a save point. Complaints said that in order to survive in Minecraft, players would have to resort to slaying their own allies, companions and friends, probably referring to the PVP aspects of the game.

If the investigation finds these claims to be true, the Family and Social Policies Ministry could have the power to enforce a series of limitations on the game which could result in partial censorship or in a state-wide ban. Minecraft, which as of october 2014 had sold more than 60 million copies worldwide, became one of the most famous and best-selling games of our generation before being sold to Microsoft and is not new to this kind of criticism. The game was already criticized in the U.S. on similar grounds and a poll on debate website debate.org shows mixed opinions when it comes to defining the game violent. With an ever increasing number of games that show full on mutilation as well as the bloody screen gimmick to show characters damage in FPS becoming quite frankly overused while minecraft doesn’t display any blood nor gore, considering the title a violent game would still be an exaggeration.

Alessandro is a languages and literature student and gaming enthusiast. Long hair and a bushy beard, he spends most of his time on romantic dates with fascinating old tomes. In his free time, he follows and comments the gaming community while playing games. You can follow him on twitter to see what he's up to.
Previous Dying Light Mods: a set of tools will be released
Next Nintendo will offer more low-cost products