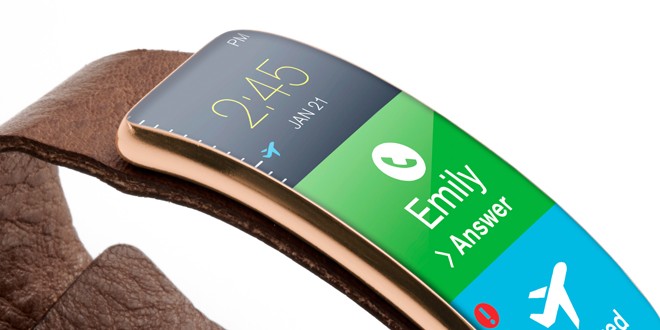 The HTC smart watch will work with Android AND iOS

HTC smart watch for Android and iOS, running on own OS

The HTC smart watch is coming to the MWC 2015, allegedly, as new rumors about the wearable surfaced courtesy of Upleaks, whose website is down, once again. According to the infamous leakster, the HTC smart watch will not run on Android Wear, instead HTC supposedly created their own mobile operating system for the watch, so that it can be paired with both Android and iOS devices. Cross-platform compatibility is something wearable fans have been asking for for a long time, and the HTC smart watch will reportedly fulfill that request.

HTC seems to be on the rise, as their revenue reports pointed out a climb in profits as well as popularity of their smartphones. Adding a wearable that is compatible with both Android and Apple devices is a very good plan and might just help HTC surpass other companies like Motorola, Asus and Apple in the wearable market. With the imminent launch of the Apple Watch coming up in March or April 2015, the HTC smart watch would be a great way to compete against that, if it is launched at the MWC 2015.

Upleaks says that PETRA is the new HTC smart watch, which is a pretty odd name to choose for a watch. The leakster says that the watch will come with a 3 day battery life, which would be neat, as the Moto 360, LG G Watch R and supposedly the Apple Watch, will max out within two days of use. A good battery life, cross-platform compatibility and a few nifty features might make the HTC smart watch the next big thing of the year 2015, especially if it comes in a bundle with the HTC One M9 Hima at the Mobile World Congress. We hope it does.

The leakster also mentioned a few specs of the HTC smart watch, which piqued our interest. Take this with a grain of salt, but allegedly, the HTC smart watch named PETRA will come in two different sizes and two color combinations: a teal and lime scheme and a black and blue-gray color scheme, which sound pretty nice and fashionable. Teal is the color of the year! The wearable will be bundled with a footpad so that it can accurately track fitness activity, which would be a first in the smart watch industry and it seems like a good idea. Bluetooth and GPS should also be included in the HTC smart watch, alongside a 1.8 inch display with a 32*160 resolution. That’s a bit awkward, as the screen size and resolution point towards a smart band rather than a smart watch.

Regardless, take this information with a grain of salt, as nothing has been confirmed by the Taiwanese company. In any case, we are excited to see the HTC smart watch at the Mobile World Congress and we’re curious to see if the rumors about cross-platform compatibility and the footpad are true. If they are, and it HTC manages to make a device with a three day battery life, the Apple Watch and Tim Cook better look out.

My life-long dream has been to test out every gadget on the market! Considering the fact that I've rapidly destroyed almost every gadget I've had so far, I'm not inclined to owning something, so my ideal outcome would be to have a different gadget each month. I'm really into smartphones, wearables and tablets and I love Playstation and Xbox, I'm sure I'll beat you at your own game (after a month of training... or two)
Previous Tim Cook says the Apple Watch will change your life – rant included
Next Here Maps updated for Android And Windows Phone worldwide